“Maybe he has seen a sunny city…”

Compatriotic Charitable Organization was to introduce the most beautiful sights of Yerevan to Syrian refugee women.

On October 11, 2019, 50 members of the “Socio-psychological Assistance to Syrian Refugees”  project gathered in the Cascade headed by Sosie Nalchajian-Kahkejian and Mayta Chavushian. Mayta Chavushian represented the biography and activity of Alexander Tamanian who created the first general plan of the modern city of Yerevan which was approved in 1924. Tamanian’s style was instrumental in transforming what was essentially a small provincial city into the modern Armenian capital, a major industrial and cultural center. Neoclassicism dominated his designs but Tamanian also implemented a national flavor. Among his most famous designs in Yerevan are the hydroelectric station (ERGES-1, 1926), the Opera and Ballet House named after A. Spendiarian (1926–1953), the Republic Square (1926–1941), Cascade and others.

Later the participants got aqcuainted with beautiful sculptures and the stages of the construction of Complex. Cascade as a Yerevan city viewpoint, admired everyone with its views and construction. The attendees felt the beauty of the sculptures, the panorama of Yerevan, the connection of modern

architecture with ancient Armenian architecture. The interesting and inspiring meeting ended with a light hospitality. 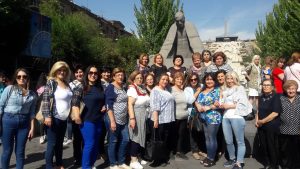 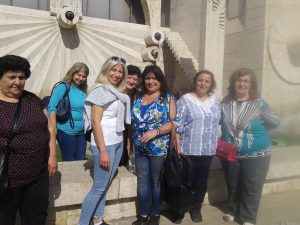 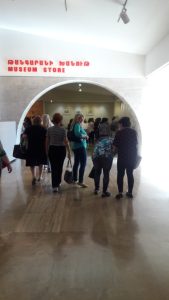 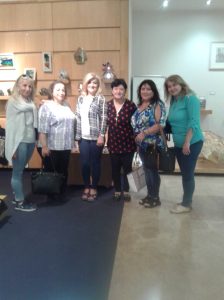 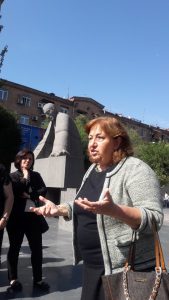 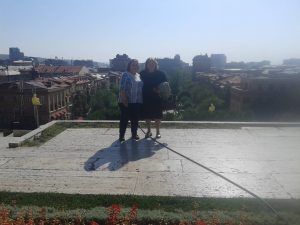 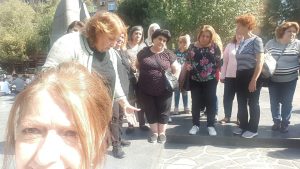