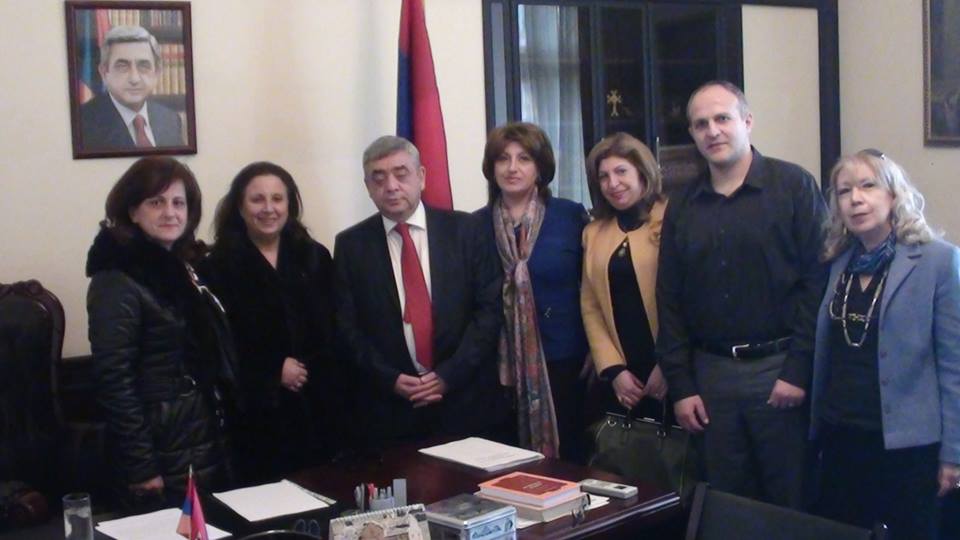 ia – On November 28, 2013, the Board Members of the Aleppo Compatriotic Charitable Organization (NGO) met with the Ministry of Foreign Affairs’ Ambassador-at-Large, Mr. Levon Sargsyan, to discuss the intricacies of the ongoing crisis in Syria.

The ACCO Board Members voiced their concerns about the deteriorating humanitarian situation in Syria and presented the organization’s plan to support Syrians in both Armenia and Syria.

During the meeting, the ACCO representatives presented the organization’s mission and objectives, while also discussing the potential opportunities for cooperation between the Armenian government and the organization.

During the discussion, the ACCO presented their plan to construct shelter homes for the most vulnerable Syrian families and individuals currently residing in Armenia. The objective of the program is to support Syrians who are unable to purchase homes in Armenia and are struggling to pay rent due to the low level of wages in Armenia.

The organization presented two letters to the Ambassador-at-Large, so he can pass it on to the President of the Republic of Armenia, Mr. Serzh Sargsyan. The first letter was an informative correspondence regarding the creation of the ACCO, while the second letter, presented the project plan for the construction of “shelter homes” for Syrians in Armenia. More importantly, the organization kindly requested the allocation of a real-estate property: land or deserted building, for the implementation of the “shelter home” project in Yerevan.