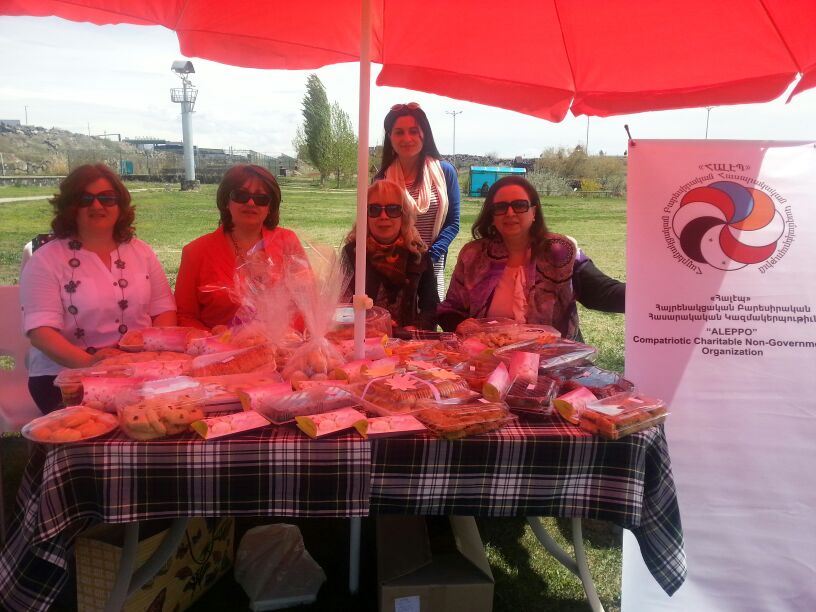 On April 20, from 13:00-18:00 Vahakni Residential Community was celebrating Easter. The event was  full of Armenian traditional ceremonies, competitions, live music. During the event a charitable bazaar and auction was organized, which aimed at supporting the development of entrepreneurship in rural areas of Armenia, and at assisting Syrian-Armenians.

Part of the profit gained from the charitable bazaar should be sent to frontier villages of Armenia, to boost the agriculture and entrepreneurship, and to provide people living there with new workplaces.

The rest of the money should be donated to the “ALEPPO” Compatriotic Charitable NGO, to aid Syrians in need.

At the Invitation of Vahakn Hovnanyan, the representatives of the “ALEPPO” Compatriotic charitable organization also took part at the eventand with homemade eastern pastry contributed to the organized charity.

“ALEPPO” NGO expresses its gratitude to the administration of Vahakni Residential Community, full of hope that the cooperation will be continuous.