The speaker of the meeting was the Director of “Martiros Saryan” Art Academy in Aleppo, Painter, Mr. Hrazdan Tokmajian. The latter presented the features of the Level Stitch of Marash Needlework, the expansion of the level stitch after genocide, and the patterned characteristics of the ornament, by drawing parallels between needlework and other directions of applied arts.

The participants of the meeting had the opportunity of touching and closely studying Marash needlework pieces, preserved from ancient times.

The representative of the German International Cooperation Agency (GIZ), Karine Simonyan was also present at the meeting.

Just to remind, “Trainings for Women on Western Traditional Needlework” project is being implemented by “Aleppo” Organization with the financial assistance of the German International Cooperation Agency (GIZ).

The major goal of the project is to improve the well-being of both Syrian Armenian trainers and the direct beneficiaries as well as promote and pass on the tradition of Western Armenian Needlework.

On October 26 and 30, 2015, at 4.00 p.m., in the framework of the project, the “Traditional Needlework: from Ancient Times to Modernity” workshop meetings will take place at the newly opened center of “Aleppo” Compatriotic Charitable Organization (address: 8 Vardanants St. Blind Alley, Area 3, Yerevan, Armenia). 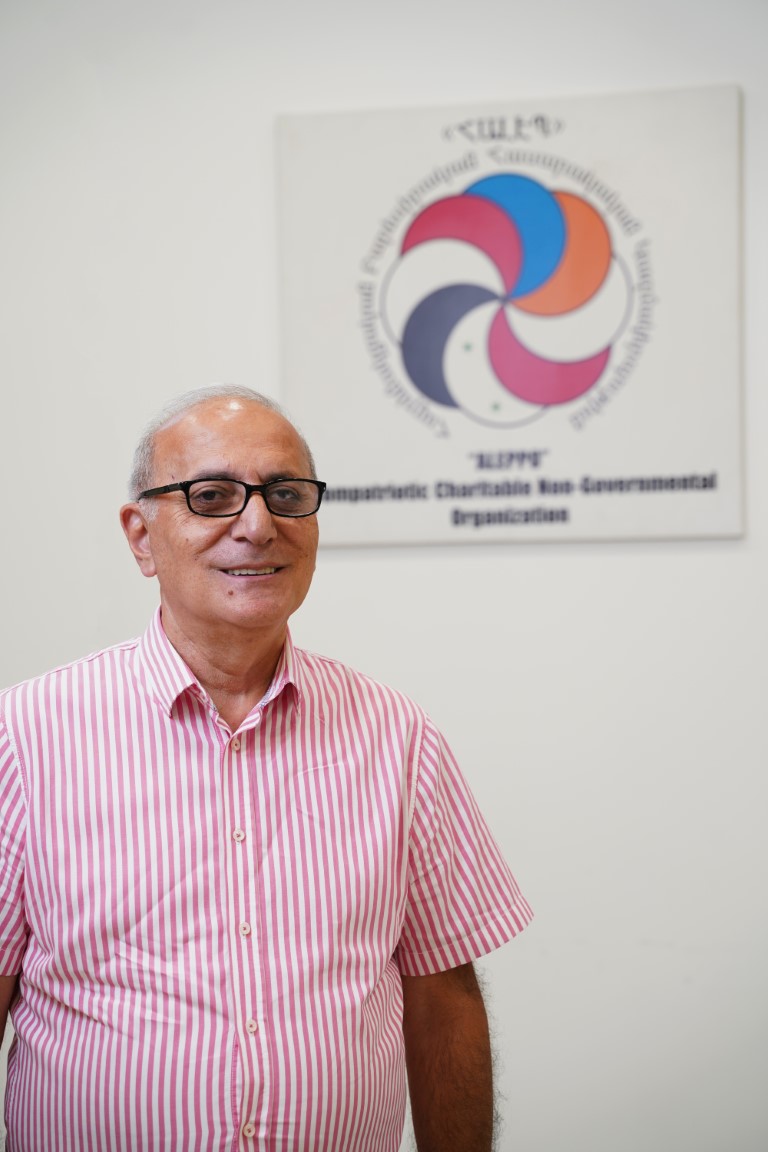