With the initiation of “Aleppo” Compatriotic Charitable Organization and support of the RA Ministry of Diaspora, “Call to the living” memorial event, dedicated to the Centennial of the Armenian Genocide, took place at Komitas Chamber Music House on November 24, 2015.

The memorial event was launched with the welcoming speech by the vice-president of “Aleppo” CCO Dzovig Magarian Baytarian. Mrs. Baytarian mentioned that with the united efforts and potential of the RA Ministry of Diaspora and “Aleppo” Compatriotic Charitable Organization, they will commemorate innocent victims of Armenian Genocide to reconsider the Armenian demand. As advice, Mrs. Baytarian wished every Armenian to live not only for himself/herself, but also for one and a half million victims, to serve for the glory of the Armenian Nation with their universal values, armed double faith and endowed double power and to live free, independent with the vision of the united Homeland.

Syrian-Armenian artists Perch Karazyan, Arsen Grigoryan, Poghos Beyazbekyan, Tsoler Karagulian, APD “Ovsanna” choir (artistic director and conductor Shahe Keshishian), Hakob Fakchian, Ani Momjian performed during the “Call to the living” event. Parallel to the performances, the extracts from “Deir ez-Zor” film, prepared by “Aleppo” Organization, were screened. The film was featuring the family of 102 years old Nerses Ayvazyan. Grandfather was telling his grandchildren the stories of photos, and saying “I must go to Armenia”. The film shoots reflected the Holy Martyrs Church, Euphrates with its eternal memories, Armenian kids playing in the Deir ez-Zor desert. The bold voice of Abraham Gasparyan being heard in the film, made the scenes more imaginative.

The commemoration event was concluded with the performance of “Fly, eagle” by Arsen Grigoryan, serving as a symbol of the willpower of the Armenian Nation and the united Homeland.

Representatives of the government and other state institutions, members of international and local organizations, Syrian-Armenians and locals attended the event.

At the end of the event the Head of the Staff of the RA Ministry of Diaspora, Firdus Zakaryan read the welcoming speech of the Minister Hranush Hakobyan. It said, “Thank you for keeping on creating by preserving the best traditions of Syrian-Armenian culture, continuing living and building by enriching and developing Armenian culture, in spite of many disasters. As a result of the massacre, projected and organized on a state level in Ottoman Turkey, a whole nation witnessed genocide and was left without homeland. A vast layer of the nation spread around the world.  Our compatriots, who took the way from Deir ez-Zor to Syria, did not yield, did not give up, but rose like a phoenix, proving that no mass execution can break the Armenian life-loving spirit.

Mr. Zakaryan mentioned, that Armenian nation will remember the invaluable support of Arab people with everlasting gratitude. “Because of the cruel joke of the history, Syrian-Armenians took the immigration path again, but this time the path brought them to the Motherland, once again confirming the age-old aspiration and the right of living and creating.”

“Aleppo” Compatriotic Charitable Non-Governmental Organization expresses its deep gratitude to the RA Ministry of Diaspora, in the face of the Minister, Mrs. Hranush Hakobyan, for supporting “Aleppo” CCO and assisting in the implementation of the “Call to the living” commemoration event.

This event, organized by “Aleppo” CCO and the RA Ministry of Diaspora, is one of the hundred bells, which rang this year, declaring to the whole world, that the Armenian question has to be answered.

Let’s call to the living to remember, demand, and stand for the just resolution of Armenian Cause, for united homeland and justice. 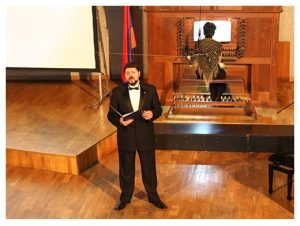 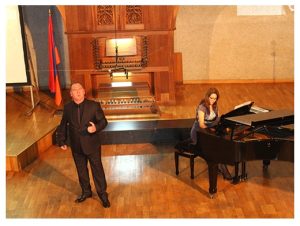 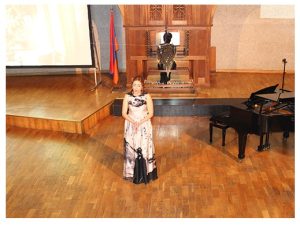 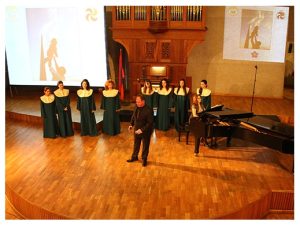 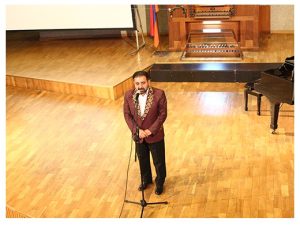 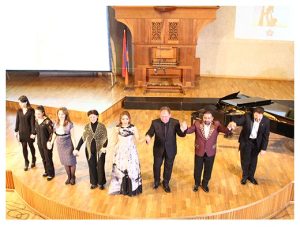