On September 15, 2016, the closing ceremony of the “Traditional Armenian carpet weaving classes for women” program took place at the Aleppo Compatriotic Charitable Organization. Initiated by the Aleppo CCO, the program was implemented with the financial support from the Deutsche Gesellschaft für Internationale Zusammenarbeit (GIZ) GmbH within the framework of the “EU Targeted Initiative for Armenia” program.

As part of the closing event, an exhibition-sale was organized at Aleppo CCO. 28 Syrian and local women – participants of the classes – presented their very first handwoven carpets to the public. These carpets will have their impact on engagement of the Syrian women relocated to Armenia because of the Syrian civil war in entrepreneurship, as well as will contribute to their involvement in social life.

During the classes, the participants acquired carpet weaving skills, got acquainted with the unique features of the Armenian carpet weaving and developed and improved their creativity.

Each of the participants of the classes received a certificate that was awarded to them by the founding president of the Aleppo CCO, Ani Balkhian, and the expert of the GIZ’s “EU Targeted Initiative for Armenia” program, Siran Yeganyan.

The participants also received special gifts – items and resources necessary for weaving a carpet at home.

It must be mentioned that during the event, a carpet weaving video as well as a printed guide for beginners was presented to the guests present. The guides were prepared within the framework of the program and are going to be available for larger audience, too.

Among honorable guests of the exhibition-sale were the Head of the Department of Armenian Communities of the Near East and the Middle East at RA Ministry of Diaspora, Mr. Levon Antonyan, the heads of the legal section of the UNHCR Armenia, Ms. Kate Pochapsky and Jessica Anderson, the coordinator of the youth programs of the World Vision Armenia, Liana Sargsyan. 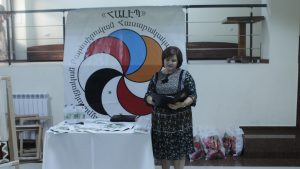 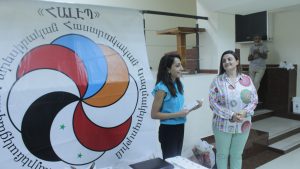 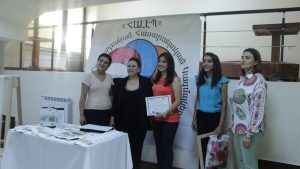 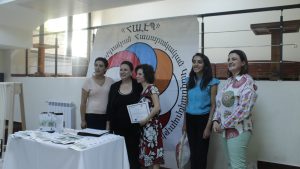 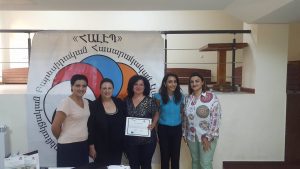 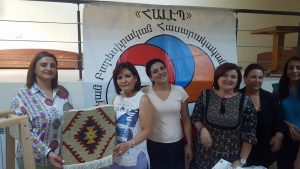 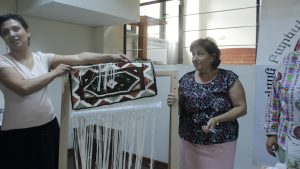 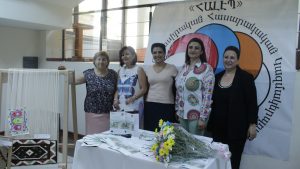 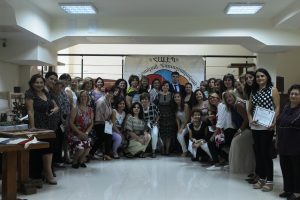 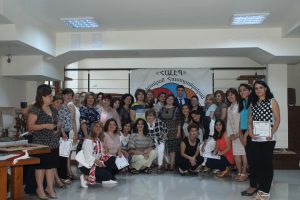 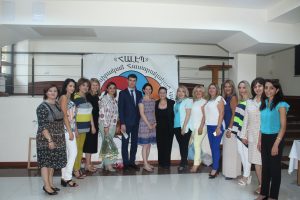 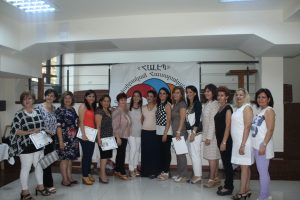 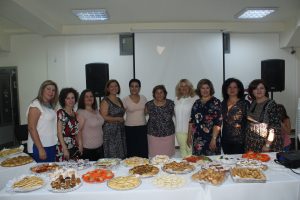 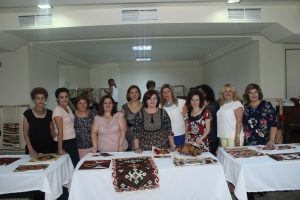 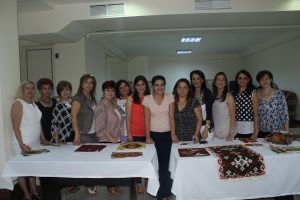 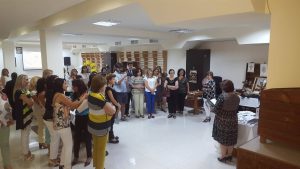 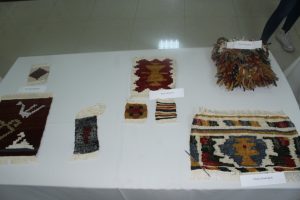 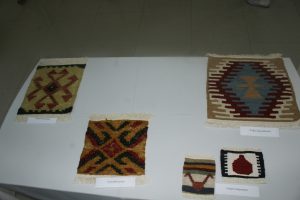 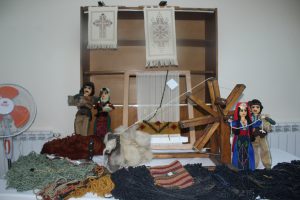 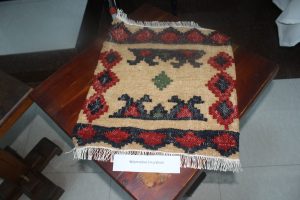 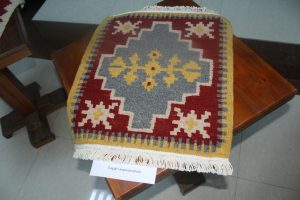 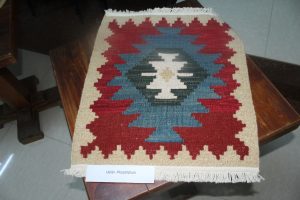