On September 30, 2016, the closing event of the “Syrian youth for a better future in Armenia” program took place at the center of the Aleppo Compatriotic Charitable Organization.

Initiated by the Aleppo CCO with the support of the Embassy of the United Stated to Armenia, the program brought together 100 Syrian and local youth representatives who acquired new knowledge and skills.

The founding president of the Aleppo CCO, Ani Balkhian greeted the guests with a welcoming speech. Highlighting the importance of the program in the lives of the Syrian youth settled in Armenia, Ms. Balkhian encouraged the youth participants of the program to believe in their dreams and choose the path of human values, enrich their everyday life with wisdom, humility and courage, and be the change they want to see in the world.

Also, Ms. Balkhian informed everyone that as a continuation of the program, a Syrian youth center will be operating within Aleppo CCO. The center will aim at educating the youth, and stimulating their spiritual and physical self-realization.

The coordinator of the program, Naira Margaryan, provided the guests with information about the program itself, the implemented trainings, classes and initiatives.

During the event, 25 most successful participants of the program received certificated from Lianna Sahakyan, representative of the Embassy of United States to Armenia.

The event ended with the closing speeches of two of the participants of the “Syrian youth for a better future in Armenia” program, Elsi Aroyan and Hovsep Grigoryan. 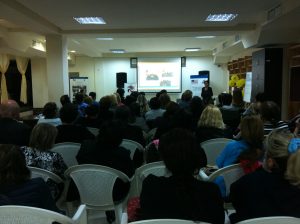 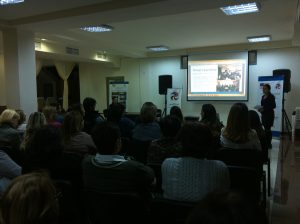 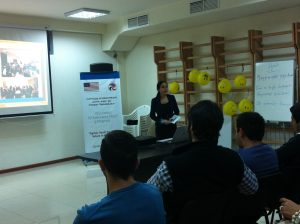 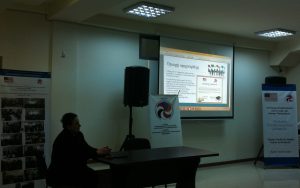 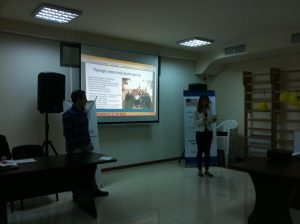 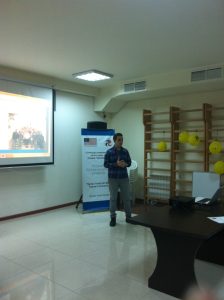 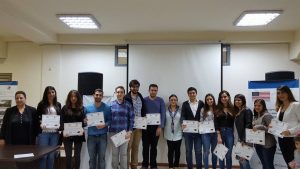 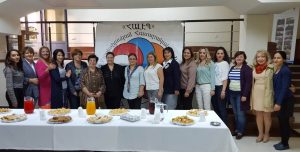