On December 19, 2016, the Initiatives for Development of Armenia (IDeA) Foundation provided financial aid to 13 Syrian Armenian families (a total of 23 people) who were relocated to Armenia through the “Save Life” program of the Aleppo NGO.

Syrian Armenians who were relocated to Armenia during the month of December, will be the next to receive financial assistance from IDeA Foundation.

To remind, on October 15, 2016, the Initiatives for Development of Armenia (IDeA) Foundation released a statement on the current situation of Syrian Armenians, announcing its support to those of them who are willing to be relocated to Armenia. This initiative of the IDeA Foundation will be implemented through Aleppo NGO’s “Save a Life” project, assisting those individuals who wish to relocate to Armenia, escaping from the Syrian war. 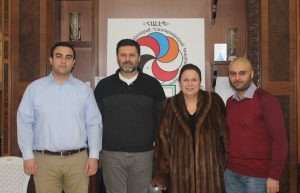