The “Financial system of Armenia” trainings resumed at the center of the Aleppo NGO. During the training, which took place on January 17, 2017, the participants discussed such topics as management of personal budget, bank accounts and credit card, savings, protection of own interests, protection from financial frauds, and many other topics related to the financial sector.

The trainings are organized by the German Savings Banks Foundation for International Cooperation within the framework of the “Economic integration of the Syrians in Armenia” program funded by the Deutsche Gesellschaft für Internationale Zusammenarbeit (GIZ) GmbH.

Taking into consideration the fact that many Syrians who are now settled in Armenia are not very well familiar with the activities of the country’s banks and the peculiarities of the financial system, Aleppo NGO believes that continuation of these trainings is very important. 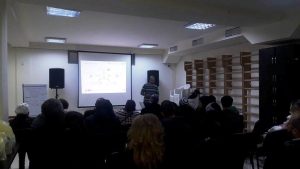 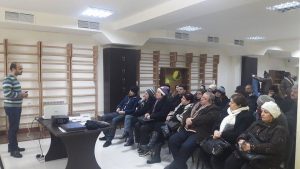