On March 12, 2017, the next meeting of the SKYE Youth Club formed by Syrian and local youth took place at the center of the Aleppo Compatriotic Charitable NGO.

During their presentation on “Community Mapping”, the keynote speakers Hovsep Grigoryan and Karen Balkhian defined the community and discussed all the possible approaches and notions of its perception.

The participants wrote down their thoughts and ideas and discussed them within the framework of the meeting. Youth members of the SKYE Club then conducted a community mapping, outlining and categorizing the typical problems faced by a community.

Launched by the Aleppo Compatriotic Charitable NGO in cooperation with World Vision Armenia, the project brings together Syrian and local youth in Armenia.

The SKYE Youth Club was created within the framework of the “Skills and Knowledge for Youth Economic-empowerment” project, initiated by World Vision Armenia and financed by the Bureau of Population, Refugees, and Migration of the U.S. Department of State. 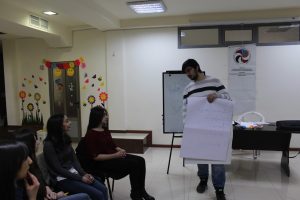 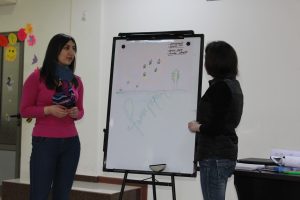 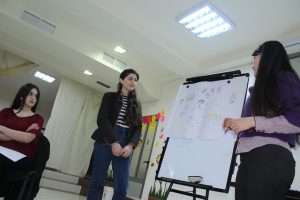 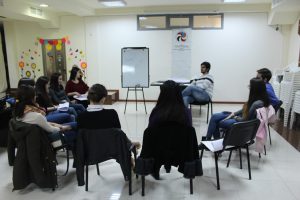 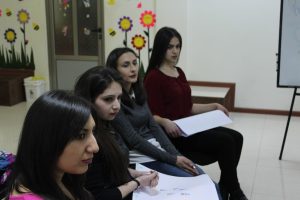 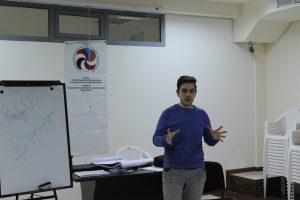 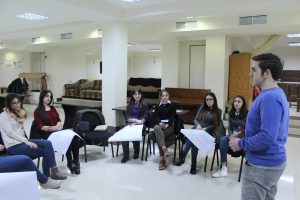 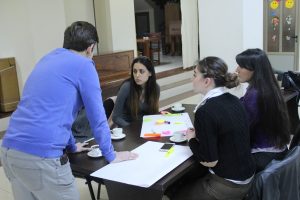 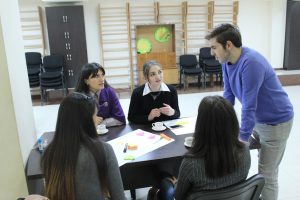 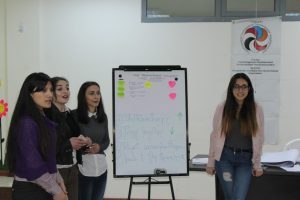 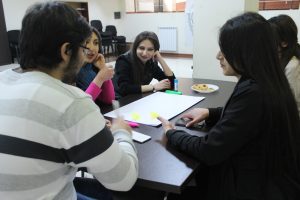