Initiated by the World Council of Churches Armenia Inter-Church Charitable Round Table Foundation, the “Emergency Preparedness and Response” program was launched in November 2016. Within the framework of the program, trainings and classes on catering design, hairdressing, manicure, make-up, fashion modelling and foreign languages were organized for hundreds of Syrian-Armenian women who have found refuge in Armenia.

The Aleppo-NGO, one of the supporting organizations of the “Emergency Preparedness and Response” program, played a vital role in the involvement of Syrian-Armenian women within the program.

On April 19, 2017, a graduation ceremony was organized on the occasion of the successful completion of the training programs. During the event, the Syrian-Armenian women shared their impressions of the program, as well as their newly acquired knowledge and experience with the guests attending the graduation ceremony.

Welcoming the guests, the Executive Director of WCC Armenia Round Table Foundation Karen Nazaryan noted that providing Syrian Armenians with jobs is an important task and that part of the foundation’s programs is aimed to solve these issues.

In her welcome speech, the vice president of the Aleppo-NGO Dzovik Baytarian praised the activities of the World Council of Churches Armenia Inter-Church Charitable Round Table Foundation that aim at providing the Syrian Armenian community in Armenia with jobs. Ms. Baytarian noted that being provided with jobs is the guarantee of welfare of each Syrian Armenian settled in Armenia because of the conflict in Syria. 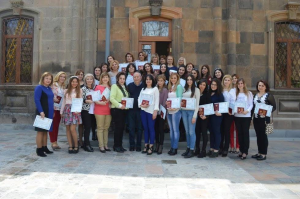 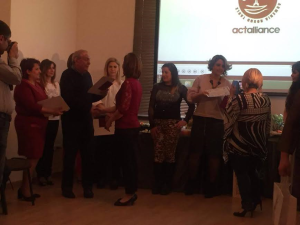 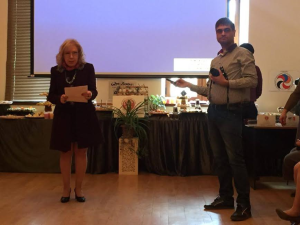 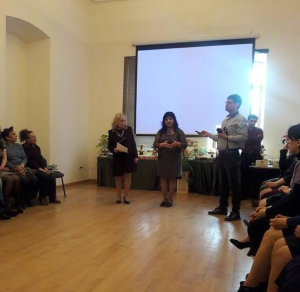