On March 29, 2017, Syrian children gathered at the Center for Syrian children and youth of the Aleppo Compatriotic Charitable NGO to honor the memory of the victims of the Armenian genocide.

History of each nation consists of tragic as well as victorious events of the past. It is necessary to accept the pain with pride and strong spirit and move forward with the faith in a brighter future. But it’s important to educate young generations on the history of their nation and country, without forgetting the pain and glory, being informed and demanding justice.

During the meeting at the Aleppo CCO’s Center for Syrian children and youth, the participants learned about the Armenian genocide, which marks its 102th anniversary, and acquired historical knowledge that will enable them to stand strongly for their national pride and demands.

Within the framework of the meeting, children also painted the Genocide memorial at Tsitsernakaberd, which they will visit soon to pay homage to the victims of the Armenian genocide.

At the end of the meeting, Syrian children participated in various games and dances. 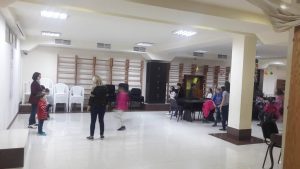 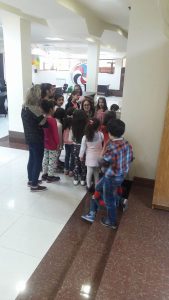 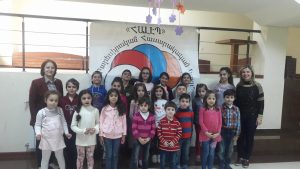 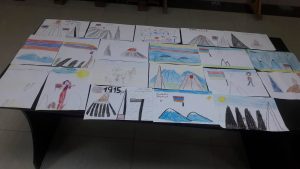