On May 20, 2017, Syrian children visited the Writers Union of Armenia within the framework of the activities of the Center for Syrian children and youth of the Aleppo Compatriotic Charitable NGO.

The president of the Writers Union of Armenia Edward Militonyan gave a very warm welcome to the group of Syrian children and their teachers. The representatives of the Union, the head of the prose department Alis Hovhannisyan, writer of prose and children’s books Satenik Mkrtchyan, writer Hovik Vardumyan, Armenian writer from Aleppo Toros Toranyan and others introduced the activities and the history of the Writers Union of Armenia to the guests.

Everyone present at the meeting expressed desire to continue organizing such gatherings, enabling the members of the Writers Union of Armenia to get acquainted with paintings and handicrafts of the children, too.

During the meeting, representatives of the Aleppo CCO also introduced the goals and the mission of the Center for Syrian children and youth implemented by the organization.

At the end of the visit, the Syrian children received memorable gifts, colorful magazines and collections of fairy tales. And the chief editor of the “Aghbyur” youth magazine Tadevos Tonoyan assured everyone to provide a special page in the magazine to publish the children’s works. 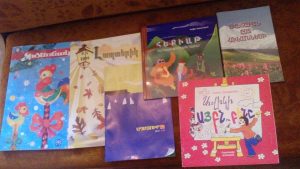 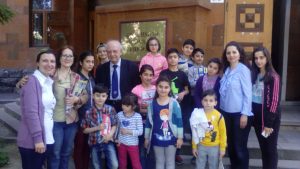 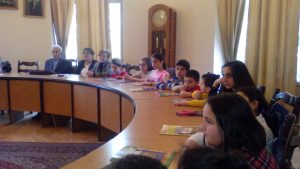 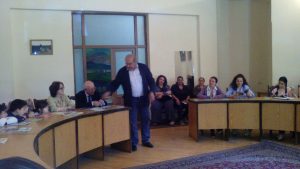 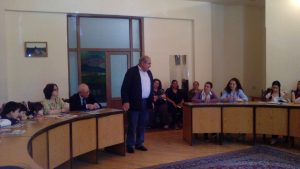 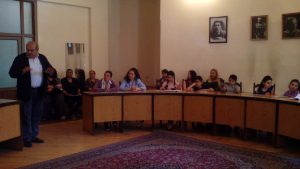 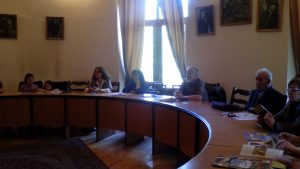 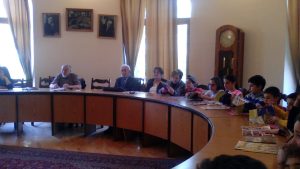 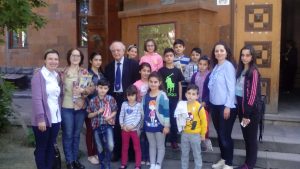