On June 3, 2017, the next meeting of Aleppo Compatriotic Charitable Organization-NGO’s (Aleppo-NGO) Center for Syrian children and youth was organized in Yerevan.

This time, the meeting was dedicated to the historical and cultural heritage of Armenia’s capital – Yerevan, giving Syrian children an opportunity to discover and explore the city’s monuments and avenues. The tour began from the heart of Yerevan – the Republic Square. With the help of their teachers, the Syrian children got introduced to the square’s history as well as learned the names of the main streets and avenues linking to the square.

The next stop was the monument dedicated to Stepan Shahumyan located not far from the Republic Square. After a little break, the paticipants of the Center for Syrian children and youth then rested at a park where their drawing class took place.

The tour was concluded with with various interesting games and ice cream treats.

To remind, the meetings at Aleppo-NGO’s Center for Syrian children and youth take place on every Saturday from 15:00 until 17:30 for participants aged between 4 to 9 and 10 to 16 years old.

Please, note that from now on the meetings will take place by the following address: 11 Northern Avenue (-1 floor). 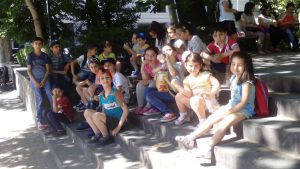 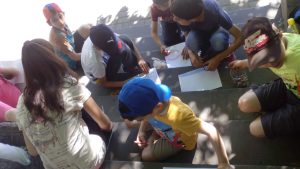 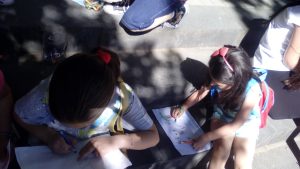 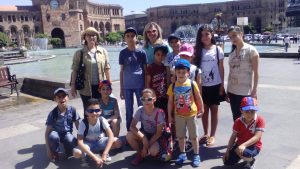 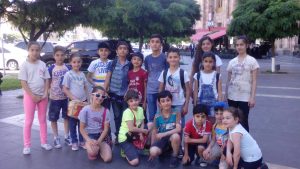 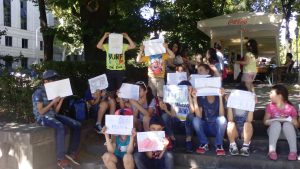 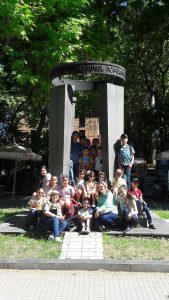 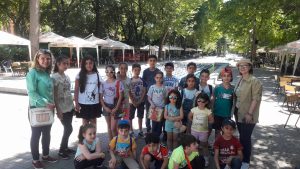 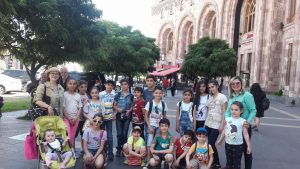