Aleppo-NGO’s Message on the Occasion of World Refugee Day

Each year, June 20 is celebrated as World Refugee Day.

Thousands of Syrian families became refugees because of the conflict in Syria. Leaving their homes, jobs, families and lives in Syria, brothers and sisters spread across the world to different countries, including Armenia.

Since its inception in 2013, around 1800 families have been officially registered at the Aleppo Compatriotic Charitable Organization-NGO (Aleppo-NGO). These families are in need and rely on the material and moral support provided by the organization.

Aleppo-NGO is one of the primary organizations working to implement long-term projects which address the problems faced by vulnerable Syrian families settled in Armenia. The urgent issues of the Syrian community, such as housing and employment, are always at the forefront of Aleppo-NGO’s activities. The organization continuously redirects its efforts to finding solutions to these problems, getting actively involved in the process.

Various governmental institutions, international NGOs and foundations, as well as individual benefactors have united to support the Syrian community. Numerous humanitarian campaigns have been initiated and implemented.

To this day, we are all united. This unity is the force which, without a doubt, will help our compatriots to overcome the sorrow and pain they are experiencing and build new, stronger and more prosperous lives in Armenia.

The “Aleppo” family has been, is and will be with you as long as even one Syrian refugee settled in Armenia needs its support. 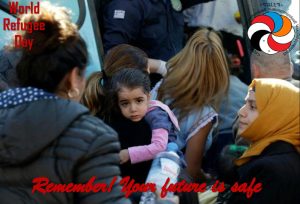