The “Recognize. Protect. Realize.” Project as a New Platform for Supporting Syrian-Armenians

On June 29, 2017, the official launch of the “Recognize. Protect. Realize” project took place at the Komitas Museum-Institute in Yerevan. Financed by the European Union, this project is implemented by the “Armenian Caritas” Benevolent NGO in cooperation with Caritas Austria and Caritas Lebanon.

The Aleppo Compatriotic Charitable Organization-NGO (Aleppo-NGO) was among the guests of the official event, along with governmental institutions and international and local organizations.

In her welcoming speech, the vice president of the Aleppo-NGO, Dzovig Baytarian, called on the organizations engaged in the field to unite their efforts in the important mission of protecting the rights of Syrian-Armenians and migrants.

Mrs. Baytarian expressed a hope that the project will play a vital role in protecting the rights of refugees and migrants seeking asylum in Lebanon and Armenia.

Within the framework of the “Recognize. Protect. Realize.” project, the Syrian-Armenians who were relocated to Armenia will be provided with integration services such as individual language courses of Eastern Armenian and Russian and individual work with entrepreneurs. Syrian-Armenians will also be provided with interest-free loans or grants to start and develop their businesses.

The “Recognize. Protect. Realize.” project is also being implemented in Lebanon where it was launched on May 2, 2017. 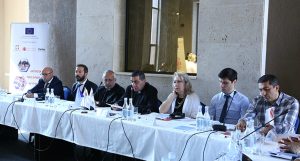 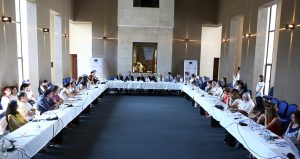