On July 29, 2017, at the end of summer vacation, Syrian children gathered at the Center for Syrian Children and Youth of the Aleppo Compatriotic Charitable Organization-NGO (Aleppo-NGO).

This time, the meeting was dedicated to the historical significance of the Khor Virap monastic complex, as well as the history of the Garni pagan temple and the secrets of this symbolic monument’s survival through centuries.

The children learned about the activities of some of the most noble heroes in Armenian history, King Tiridates III, Queen Ashkhen and Gregory the Illuminator, and their invaluable contributions to the sacred cause of strengthening Christianity in Armenia.

The participants of the Center for Syrian Children and Youth also learned several interesting stories about Cyclopes, the one-eyed, mythological giants. At the end of the meeting, using their imaginations, the children drew pictures representing the main topic of the day.

Please note that from now on, the meetings will take place at the office of Aleppo-NGO, located at: 11 Northern Avenue (-1 floor), entrance from Abovyan Street. 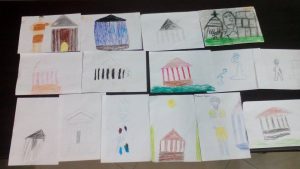 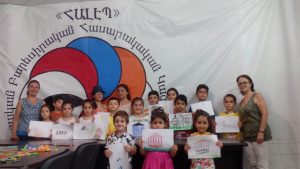