Participants of an International Youth Program Hosted at Aleppo-NGO

On July 28, 2017, the participants of the “YOUropean 2017” summer school were hosted at the Aleppo Compatriotic Charitable Organization-NGO (Aleppo-NGO). The summer school’s goal is to promote refugee-hosting society integration, tolerance, and solidarity. It is organized by the “Armenian Caritas” Benevolent NGO within the framework of the ERASMUS+ project and in cooperation with Caritas Luxembourg, Caritas Montenegro and Caritas Italy.

During an informal presentation, the vice president of Aleppo-NGO, Hayasa Tahmazyan, and a member of the organization’s Executive Board, Director of Advocacy and Foreign Affairs Sarkis Balkhian, introduced the mission and programs of the Aleppo-NGO. Through this, the young, international summer school participants learned not only about the activities of the organization but also about the urgent problems faced by vulnerable Syrian families who found refuge in Armenia.

Among the guests invited to the meeting were the members of the Aleppo-NGO Women’s Council and the participants of the social-psychological assistance group. By hearing about their experiences, the summer school participants learned about the needs and problems of the Syrian refugees both during the war in Syria and after finding refuge in Armenia.

Following these presentations by Aleppo-NGO, the youth participants of the summer school presented their own visions in regards to the Syrian crisis and the millions of people who have become refugees because of it.

At the end of the meeting, a constructive question and answer session took place. The guests of the organization promised to return to Armenia and visit the Aleppo-NGO again.

As one of the primary organizations that supports the thousands of Syrian families relocated to Armenia as a result of the war in Syria, Aleppo-NGO believes that youth play a critical role in developing solutions to the issues faced by the refugees. 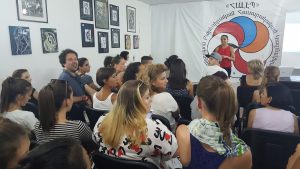 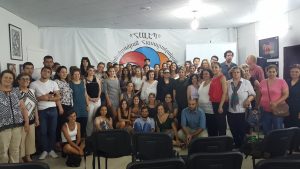 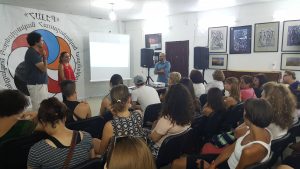