On December 11, Armenia’s international community, including the office of the United Nations, the delegations of the European Union and the Council of Europe, and the embassies of the United States, Germany, France, and the United Kingdom, came together at the Universal Rights Awards Ceremony. Since 2012, this annual ceremony has honored individuals working to promote human rights, freedom of expression, diversity, religious acceptance, democracy, transparency, legal reform, and equal rights in Armenia.

During the ceremony, the Founding President of Aleppo Compatriotic Charitable Organization-NGO (Aleppo-NGO), Ani Balkhian, was recognized with the “Woman of Courage” award for the humanitarian programs she has organized, especially the “Save a Life” program. “Save a Life” was established to assist Syrian-Armenians lacking the financial means to escape the Syrian War and resettle in Armenia. Thanks to Ms. Balkhian’s leadership, the program overcame major obstacles and ultimately rescued over 480 individuals.

The “Woman of Courage” award was presented by Mr. Bradley Busetto, the resident coordinator of the United Nations in Armenia. In his speech, Mr. Busetto noted, “During times of crisis and armed conflict, human rights are always in danger, and it is at these times that the few with the courage to help others step forward. Ms. Balkhian is among those few. Without hesitation, she set out on a mission to save lives, helping many escape the grip of the Syrian conflict. Her courage was also evident after these families arrived in Armenia when she continued helping newly-arrived Syrian families. I have the honor to present Ms. Balkhian with the ‘Woman of Courage’ award, in recognition of her exceptional commitment to saving human lives and advocating for refugee protection, as well as her brave steps toward promoting the integration of displaced families from Syria.”

In her speech accepting the award, Ms. Balkhian thanked the UN’s Armenia office and the diplomatic representatives, both for the award and for the valuable work they have undertaken to develop civil society and protect human rights in Armenia.

Ms. Balkhian emphasized that the award also belongs to the humanitarians and philanthropists who supported the work of Aleppo-NGO, such as Rachel Nadjarian, Talar Tcholakian, Carmen Gulbenkian, Maral Karakashian, and the Parish Council of the St. Kevork Church in Houston, Texas, led by Mr. Vreij Kolandjian. It was their contributions, she said, along with the staff and volunteers of Aleppo-NGO, that made the “Save a Life” program possible.

Ms. Balkhian also communicated her gratitude to Mr. Christoph Bierwirth, the High Commissioner of the UNHCR in Armenia, and Anahid Hayrapetyan, the UNHCR’s external relations coordinator, for their tireless work on behalf of Syrian-Armenian refugees.

Finally, Ms. Balkhian congratulated the other award recipients and expressed her hope that peace, security, and justice will prevail in the world, especially in Syria. 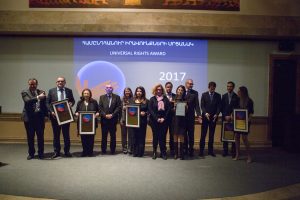 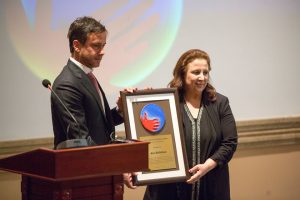 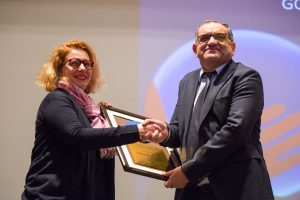 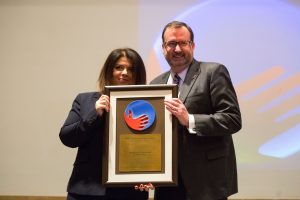 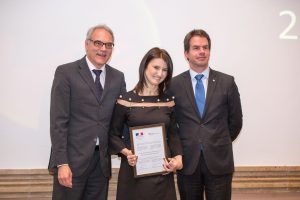 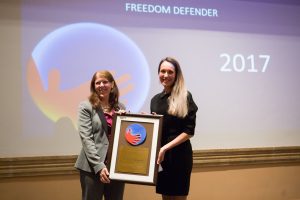 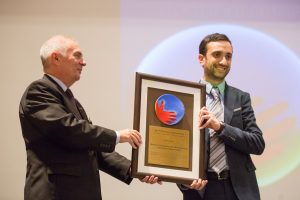 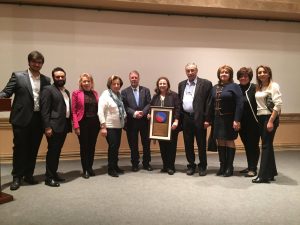