The first social-psychology meeting of 2018 took place on January 19 at the office of Aleppo Compatriotic Charitable Organization-NGO (Aleppo-NGO).

The meeting was once again led by Father Pargev Palgevorgyan, the pastor of St. Hakob Church in Mrgavan. Father Pargev continued his series on the seven sacraments of the Armenian church, speaking about the sacrament of Holy Matrimony. The attendees learned about the importance of this sacrament in Christian life and the view of the Armenian church on marriage between a man and a woman. After his speech, the attendees asked questions and received answers.

The free, social-psychological assistance meetings at Aleppo-NGO provide support to Syrians who went through the war and find themselves experiencing psychological side effects, helping them to recover and become actively involved in the civil life of Armenia. 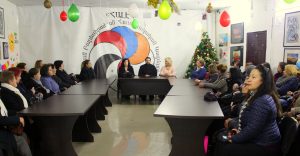 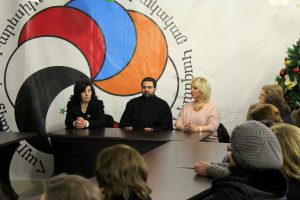 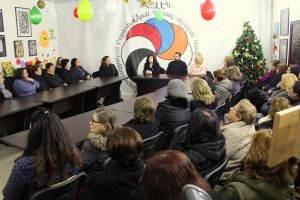