On February 7, 2018, Aleppo-NGO hosted a group of distinguished guests from the United States and Switzerland. The delegation included Mr. Vreij Kolandjian, member of the Parish Council of St. Kevork Armenian Apostolic Church in Houston, Texas, thanks to whom 250 Syrian-Armenians escaped the war zone in Syria and found safe haven in Armenia by receiving one-way tickets to Armenia through the “Save a Life” Project, Ms. Christine Kolandjian, Jean-François Duchosal, and Michel Genoud, Swiss committee member of KASA. Earlier in the week, Duchosal and Genoud joined Dominique de Buman, the President of the National Council of Switzerland, who was in Armenia on an official visit. They received the Medal of Honour of the RA National Assembly for their unique support shown to the Armenian people after the disastrous Spitak earthquake of 1988.

Accompanied by the founding president of Aleppo-NGO, Mrs. Ani Balkhian, the guests took some time to familiarize themselves with the wide variety of programs implemented by Aleppo-NGO, including the Arevik-Armenia Center, during their visit.

The guests met the staff, learned about the ongoing activities of Arevik-Armenia Center, and enjoyed a musical performance that the students prepared, showcasing a few of the songs that they have been rehearsing during their music classes.

As a sign of gratitude for their interest in the center, the visitors were given handmade gifts made by the Arevik students and presented with a big hug, welcoming them into the Arevik-Armenia family.

The Arevik-Armenia Center for Children and Adults with Disabilities is a daily, free-of-charge program serving Syrian-Armenian refugees with mental and physical disabilities. The center is open on the weekdays.

The students of the center receive psychological assistance and participate in special classes, including math, drawing, music, physical education, theatre-therapy, speech development, and arts and crafts, led by the center’s devoted teachers and staff. 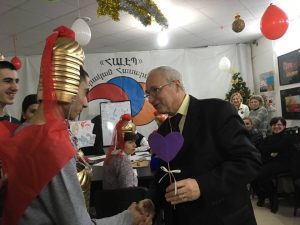 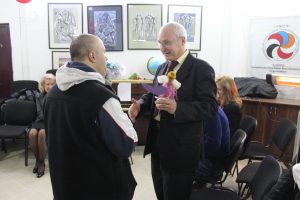 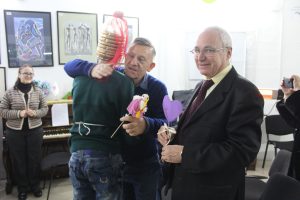 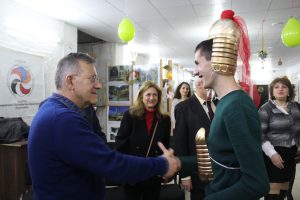 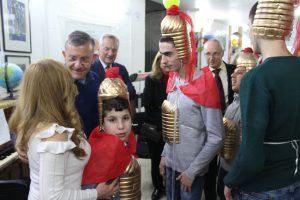 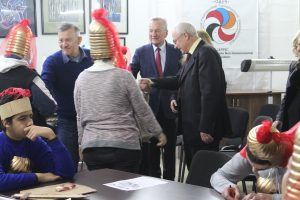 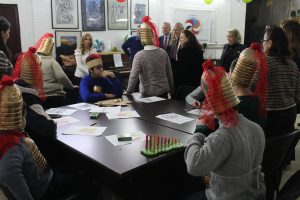 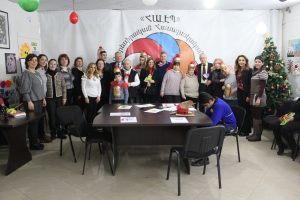