On February 10, 2018, Syrian children gathered at the center of the Aleppo Compatriotic Charitable Organization-NGO (Aleppo-NGO) to celebrate one of the most cheerful national feasts – the feast of Barekendan.

The word Barekendan means “good living” or “good life”, as we are called to live cheerfully, joyfully, and to be happy on these days preceding fasting periods. On this day, it is common to organize games and festivals and enjoy plentiful meals. The Syrian-Armenian children arrived at the Center wearing colorful costumes and wished each other a “good living”. They spoke about their costume choices, the best among which received small prizes.

As the feast continued, the children enjoyed the tale of Barekendan written by one of the renown Armenian writers – Hovhannes Toumanyan, followed by games, songs, and celebrations.

Please note that the meetings will take place at the office of Aleppo-NGO, located at 11 Northern Avenue (-1 floor), entrance from Abovyan Street. 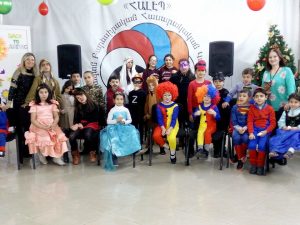 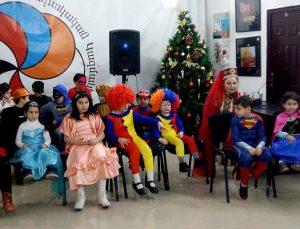