Embassy of Japan – The Newest Supporter of Aleppo Cuisine Center

On March 14, 2018, a signing ceremony between Aleppo Compatriotic Charitable Organization (Aleppo-NGO) and the Embassy of Japan in Armenia took place on the premises of the Aleppo Cuisine Center.

The ceremony officially inaugurated a grant of $40,635 US dollars from the Embassy of Japan to Aleppo-NGO, allocated to cover the costs of construction work of Aleppo Cuisine Center’s facility. The cuisine center is an employment-based social enterprise geared towards the economic integration of Syrian refugees in Armenia.

After months of preparation, the center will open its doors around April 30, 2018 and begin serving delicious Middle Eastern dishes at its on-site dining facility. In addition, the center will offer catering and delivery services, and produce a wide array of frozen foods for distribution to grocery stores and restaurants across Armenia. The center’s employment program specifically focuses on supporting women, persons with developmental disabilities and other vulnerable Syrian community members.

The ceremony commenced with the opening remarks of Mrs. Tsovik Paytaryan, Vice-President of Aleppo-NGO, who welcomed the guests to Aleppo Cuisine center and expressed her gratitude towards Mr. Eiji Taguchi and the Embassy of Japan in Armenia for their assistance in construction work of the premises.

“On behalf of Syrian refugees in Armenia and Aleppo-NGO, I would like to express my deepest gratitude to the people of Japan, the Ministry of Foreign Affairs in Tokyo, Ambassador Taguchi and the entire staff of the Embassy of Japan in Armenia for their generous support for the creation of Aleppo Cuisine,” said Sarkis Balkhian, executive director of Aleppo-NGO. “I hope Armenia can one day reach Japan’s high levels of economic, technological and, most importantly, human development standards and emulate Japan’s Grassroots Human Security Project grant program by supporting other nations in need.”

Following Mr. Balkhian’s address, Ambassador Taguchi expressed his excitement to cooperate with Aleppo-NGO within the framework of Aleppo Cuisine.

“On behalf of the Japanese Government, I am glad to be here at the signing ceremony of Aleppo Cuisine Center. I am very pleased that we can contribute to the improvement of the lives of refugees in Armenia in cooperation with GIZ and other stakeholders, and follow UNHCR’s recommendation. It is important to note that the Japanese government also supports Syrian refugees in Egypt, Jordan, and Lebanon.  But our support for Aleppo Cuisine’s unique business model will be a new experience for us. I hope this project is successfully implemented.”

In celebrating this occasion, Mr. Balkhian gave a brief introduction to Aleppo Cuisine center and highlighted its unique approach towards easing the financial burden of Syrian refugees in Armenia. The project’s innovations include its focus on women and individuals with developmental disabilities, its commitment to offering flexible working hours to refugees with family obligations, and its re-investment of 100% of profits into humanitarian relief programs and new job-creation for vulnerable populations.

The center hopes to employ 70-90 Syrian refugees within the first 5 years of operation and aims to alleviate growing and acute poverty amongst Syrian households by providing secure employment with strong wage-earning potential, paired with skill acquisition and advanced training to strengthen upward mobility.

Mr. Balkhian closed by acknowledging and thanking the partners and supporters of Aleppo-NGO who have thus far contributed to the establishment of Aleppo Cuisine center. The purchase of Cuisine’s real estate property was made possible by the Parish Council of St. Kevork Armenian Apostolic Church in Houston, Texas, and in large part, thanks to its then-Chairman Mr. Vreij Kolandjian, as well as generous donations from Dr. Robert and Mrs. Nyree Österbauer-Tanielian and other anonymous donors. The German Development Agency (GIZ) has allocated high-quality kitchen equipment and supplies for the Aleppo Cuisine in addition to technical training for the center’s future staff.

Since 2013, Aleppo-NGO has served to protect, support, and empower more than 6,100 Syrian refugees in Armenia; develop and implement sustainable programs such as Aleppo Cuisine to contribute to their settlement and integration; and ensure the protection of refugees in the social, cultural, economic, and educational spheres. 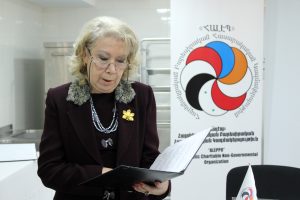 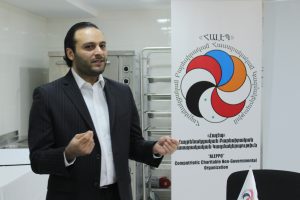 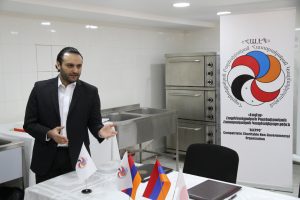 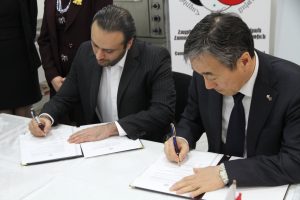 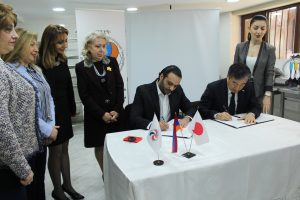 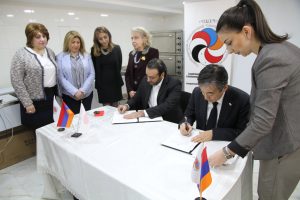 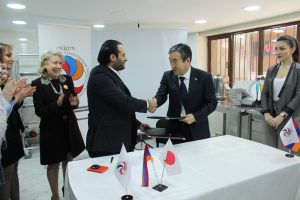 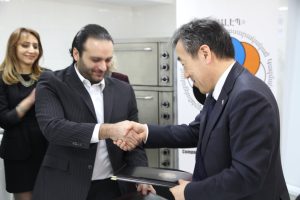 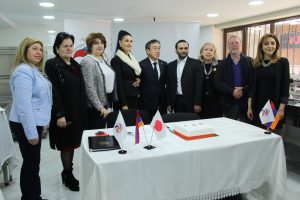 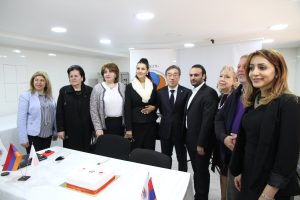 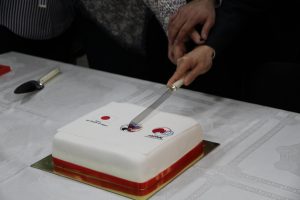 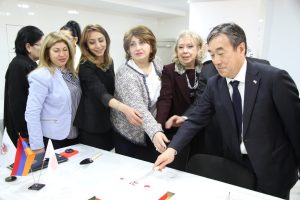 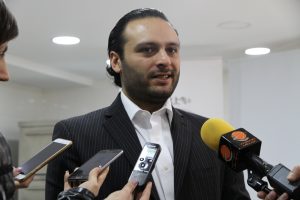 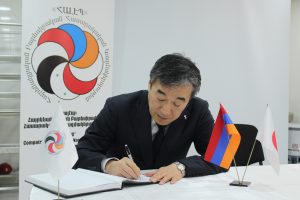 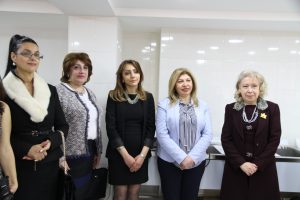 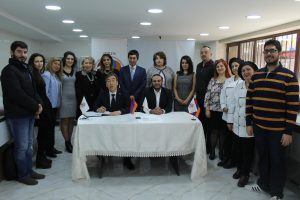