On May 19, 2018, the “Aleppo” Compatriotic charitable non-governmental organization (Aleppo-NGO)  hosted Oscar, a humanitarian clown from Catalonia, who met Syrian-Armenian children visiting the organization within the framework of children’s meetings.

For many years, Oscar has traveled the world, providing children affected by war laughter and smiles.

Armenia had invited Oscar to visit refugee children that had fled from Syria as a result of the conflict.

During his time at Aleppo NGO, he entertained the children with fascinating games that centered around ideas of peace, kindness, and humanism.

In one of the games, Oscar the Clown told the children that the “power of the world” was hidden in a box he held in his hand. When the children ran to open the box to find the hidden power, they did not find anything there. They turned to him in confusion, and Oscar told them: “You will not find the greatest power of the world in a box, because it is not hidden anywhere; It lives in your heart. Every one of you has the power in your heart to create good and give the world the peace you want to see around you. “

Within the framework of its activities, Aleppo-NGO permanently focuses on the effective organization of children’s free time in Armenia as a result of the Syrian conflict, and organizes a number of programs to achieve that, including weekly children’s gatherings.

“Today we are delighted to host the Catalonian humanitarian Clown at Aleppo-NGO, who not only gave delight to children who have gone through conflict, but who also teaches universal values such as kindness, honesty, peace and humanism,” says Aleppo NGO Vice President Hayasa Tahmazyan.

During the day, Syrian-Armenian children also presented their dreams on pieces of papers and gave them to Oscar the Clown so that she could pass the pictures to the children he would see during his next trip. Then they received images painted by their peers from all over the world.At the end of the performance, Oscar gave left his signature on a shirt to give to Aleppo NGO.

Representatives of children’s meetings committee of Aleppo-NGO, teachers, as well as representatives of the United Nations High Commissioner for Refugees and Mission Armenia, participated in the presentation. 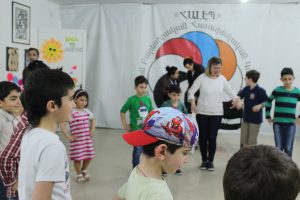 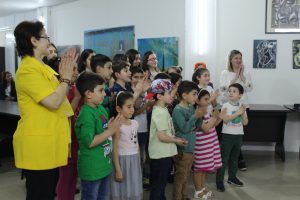 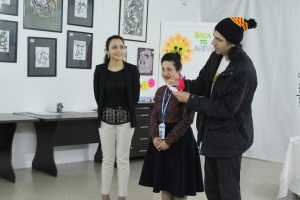 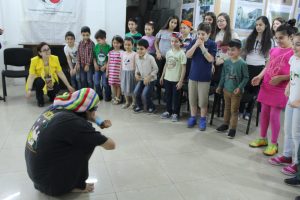 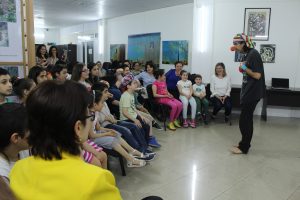 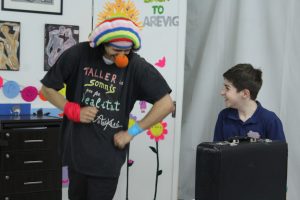 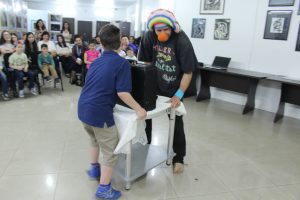 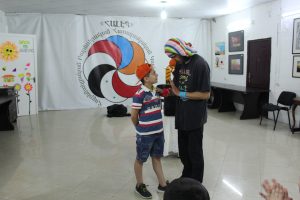 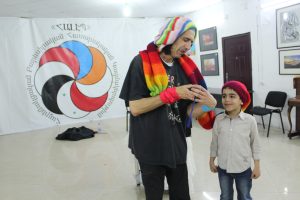 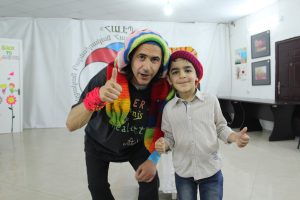 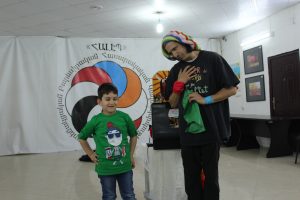 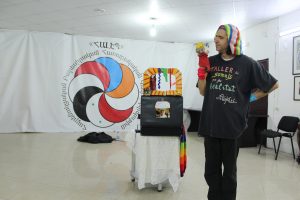 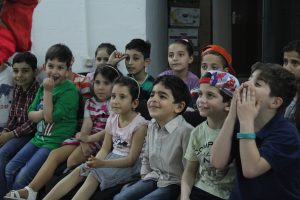 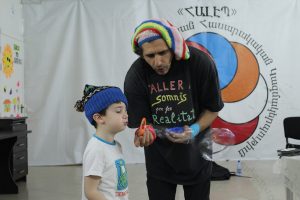 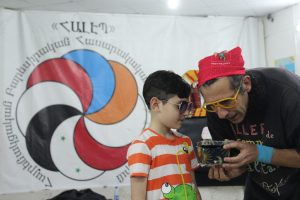 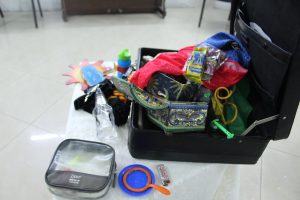 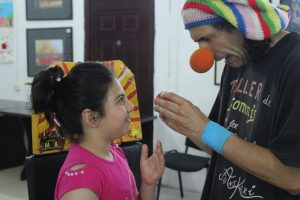 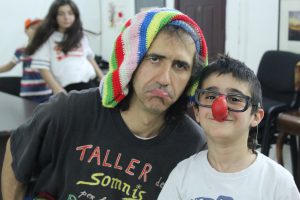 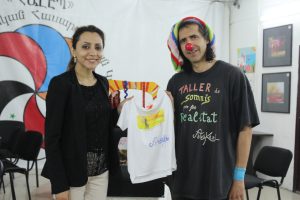