The presenter, Hagop Makdis, addressed theories on the different ways in which men and women’s brains work. According to Makdis, some studies have shown that on average, men have slightly bigger brain mass than women. However, it is important to note that the size does not correlate with intelligence. Makdis explained the various ways men and women might use their brains. For instance, he argued that women use both the left and right hemispheres of their brains to process information, whereas men generally rely on right side heavily. In turn, this may attribute to the tendency for men to tunnel into one task and have difficulty transitioning to different tasks. The overall goal was to show that our brains are wired differently and the possible implications of this.

The women who attended the meeting were very interested to find out which find out which gender possesses a higher intelligence. When it was revealed to them that men have bigger brains, the room echoed with noises of disappointment, however once Makdis explained that women tend to use both hemispheres of the brain vs men who rely more on one side, they were pleased. Hagop asked a couple of question to engage the room and the women were very happy to participate and take part of this lecture.

The free, socio-psychological assistance meetings at Aleppo-NGO provide support to Syrians who went through the war and find themselves experiencing psychological side effects, helping them to recover and become actively involved in the civil life of Armenia.

The meetings take place every Friday at the Aleppo-NGO office. The address is 11 Northern Avenue, -1 floor. 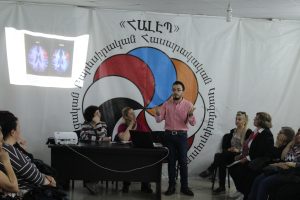 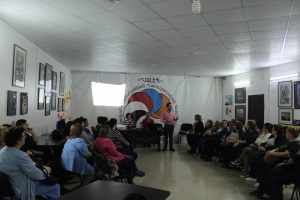 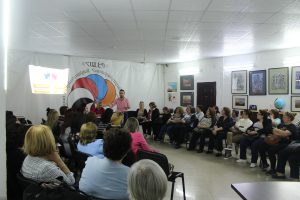 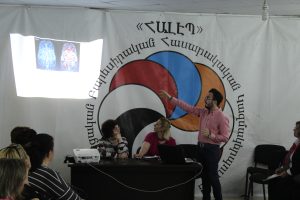