On July 10, 2018, a group of Syrian refugee youth visited Komitas Museum-Institute, within the framework of “Better Future of Syrian-Armenian Youth” project, implemented by Aleppo-NGO and WCC Round Table Foundation. 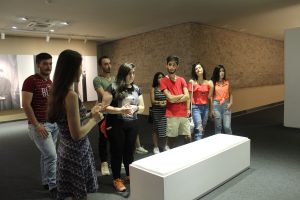 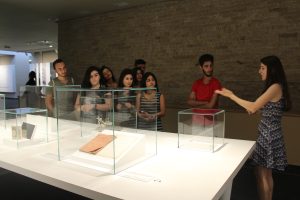 The purpose of the visit was to introduce the participants with the work of Komitas and to give them an opportunity to appreciate the legacy of the famous priest and ethnomusicologist.

The Syrian youth enjoyed the presentation of Komitas’s life and his various creative activities comprehensively introduced by a well-trained guide and learned about his multilateral impact on music. 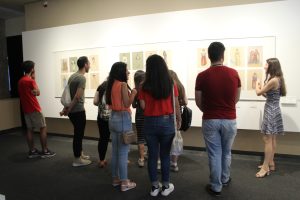 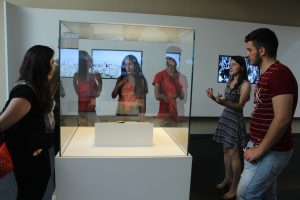 During the visit, the participants looked through the 8 thematic halls of the permanent exhibition, enjoying the music of the composer playing in the area.

Afterwards, the Syrian youth participated in a special program called “One Thousand and One Songs” and learned how to sing 3 different Armenian comic folk songs about Armenian rural life, love, and family. 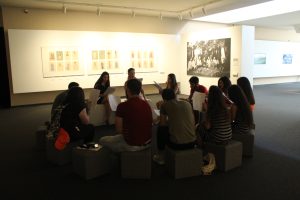 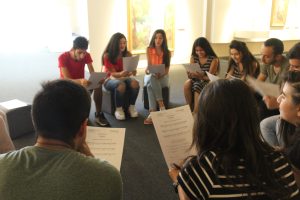 The event was completed with a visit to Pantheon, where the participant youth paid tribute to the outstanding Armenians buried there, including Komitas, after whom the cemetery is named. 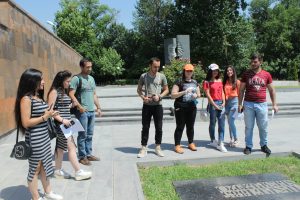 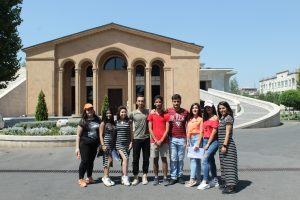