On July 26, 2018, Aleppo Compatriotic Charitable Organization (Aleppo-NGO) hosted the pre-launch of the “Rerooted” project, the largest archive documenting the stories of Syrian-Armenians who survived the conflict in Syria and resettled in Armenia.

The “Rerooted Project”, co-created by Anoush Baghdassarian and Ani Schug, in partnership with several leading academic, scholarly and humanitarian organizations such as Aleppo-NGO, documents the stories of more than 80 Syrian-Armenian victims and survivors.

“Ani and Anoush demonstrated an incredible amount of commitment to human rights and their Armenian roots as they weaved through one testimony after another last summer,” said Sarkis Balkhian, executive director of Aleppo-NGO, during his introductory remarks. “To be honest, I was skeptical of their ability to reach their target of 60 documented stories within two months, but their tenacious and relentless nature ensured that more than 80 invaluable testimonies were collected, which will serve as the basis of justice for Syrian-Armenians and expanded aid for refugees in Armenia.”

Anoush briefed the audience about the inspiration, goals, and vision of the project following Sarkis’ remarks.

“As descendants of Armenian Genocide survivors, we could not stand idle as the Armenian community in Syria was being displaced and uprooted and the news was barely shedding light/reporting on this group and the atrocities they faced,” said Anoush Bagdassarian, a co-founder of the “Rerooted” project.

Expanding aid for Syrian refugees in Armenia, and the pursuit of universal jurisdiction cases against perpetrators of crimes against Syrian-Armenians are the cornerstones of “Rerooted,” according to Anoush, who studied Psychology and Human Rights and worked for Human Rights Watch and is currently volunteering for Republic of Armenia’s Ombudsman’s Office.

After demonstrating seven contrasting and heartbreaking testimonies, Ani Schug, a co-founder of “Rerooted”, asserted that mitigating violence in Syria is the only path for reconciliation in Syria and the survival of minority groups like the Armenians in the Middle East.

The testimonies presented during the “Rerooted” project’s pre-launch event were diverse.

One of the leading Armenian intellectuals in Syria, Dr. Toros Toranian, 90, who has published more than 250 books, depicted his generation’s attitude towards Arabic: “We did not even need to speak Arabic in Syria because we had established schools, cultural institutions, sports centers run by Armenians in Aleppo,” while a young Syrian-Armenians responded by saying: “there was never a division between Armenians and Arabs in Syria because we were all Syrians! Armenia, as country, is our father and Syria is the mother who took us in [after the genocide] and nurtured us.”

Following the screening of the featured testimonies, Ani, who works in a law firm in Massachusetts, reasserted the “Rerooted” project’s commitment to continue documenting stories that may one day serve as the basis for academic and scholarly research, in a universal jurisdiction courts of law, including cases similar to Fred Abraham’s expert witness testimony during Milošević’s proceedings during the International Criminal Tribunal for the former Yugoslava.

“Rerooted’s” event at Aleppo-NGO was attended by many refugees and repatriates Anoush and Ani had interviewed during the summer of 2017, including four whose testimonies were featured during the presentation as well as representatives of the Ministry of Diaspora, academics, scholars, and diaspora Armenians from around the world: Uruguay, Australia, Lebanon, the US, Canada, Argentina, etc.

About the Co-creators of “Rerooted”:

Anoush has interned at various human rights organizations throughout her undergraduate career including Human Rights Watch and the Cardozo Law Institute in Holocaust and Human Rights. Most recently, she has served as an advisor to the Armenian Permanent Mission to the United Nations, as well as an intern at the Ombudsman Human Rights Defender’s Office in Yerevan, Armenia.

In addition to these experiences, Anoush is a published author of a historical fiction play about the Armenian Genocide entitled FOUND which has been presented at book events in California, New York, Uruguay, and Argentina, as well as has been produced for stage productions in New York and California. She has also written a play in Spanish about Argentina’s last military dictatorship, and is in the beginning stages of writing a play about the experience of Syrian-Armenians as her Action Project for the Humanity in Action fellowship based on the testimonies in this archive.

With the goal of working on international cases of genocide, forced migration, and crimes against humanity, Anoush plans to continue her education. She will pursue a Masters in Human Rights Studies at Columbia University in September of 2018 before attending law school the following year to study human rights law.

Ani Schug (23) is a proud American-Armenian calling the Diaspora community in Philadelphia home. She attended the Armenian Sisters’ Academy there, and then moved out to California to attend Pomona College. There, she majored in Politics, minored in Middle Eastern Studies, and studied the languages of Arabic, Spanish, and Swahili. Ani also worked at the Draper Center for Community Partnerships where she implemented mutually-beneficial community projects between college students, service staff, and surrounding neighborhoods. She strongly believes in the power of creative collaboration to bring communities together and develop new solutions to local and global problems.

Through her community and academic work, Ani has engaged with many historical and current Middle Eastern communities including translating historical texts about Armenian women fedayi fighters during the Genocide, coordinating an English class Iraqi refugees in Amman, Jordan, and supporting resettlement efforts for Syrian refugees in California.

Ani was excited to co-found the Rerooted Archive with Anoush in order to preserve this unique history of both displacement and community-creation of one of the most important Armenian Diaspora communities. She also thinks it is important to share diverse, on-the-ground perspectives from a minority community in Syria in order to re-examine and diversify current knowledge production on the subject of minorities in the Middle East.

Currently, Ani works as a paralegal at an immigration law firm, but she looks forward to a future career continuing to explore current and historical interactions between Armenians and their surrounding communities.

You can find out more at: 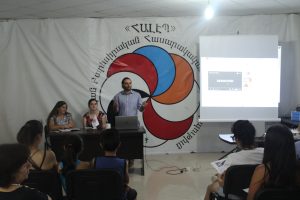 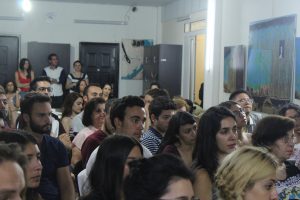 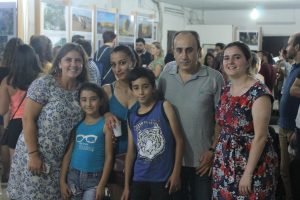 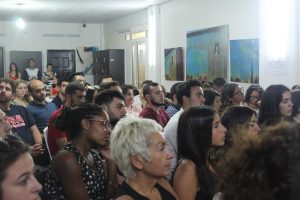 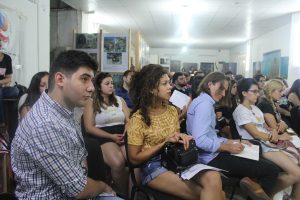