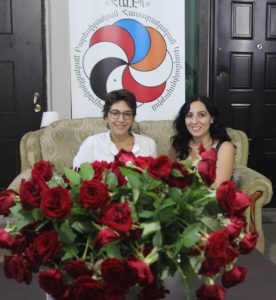 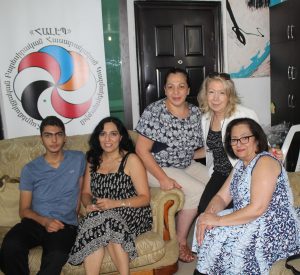 “Aleppo-NGO is grateful for the generosity displayed by Ms. Alis Asadurian towards Syrian refugees,” said Dzovig Baitarian, vice president of Aleppo-NGO. “We hope that this lunch and the lovely Western-Armenian music brought a few smiles on the faces of some of the most vulnerable Syrian families in Armenia.”

While in the US, during discussions with her sister Tamar, Alis decided to bring a luggage full of clothes, shoes, blankets, and other necessities to donate to vulnerable families in Armenia. After arriving to Yerevan, she found out about Aleppo-NGO from relatives and navigated the organization’s website to find out more about the work and mission of Aleppo-NGO.
Aleppo-NGO’s mission and work immediately resonated with Alis, who is an Armenian-American born in New Jersey, with roots from Kilis, Sassoun, and Aintab, and parents who were born, raised and married in Aleppo-Syria.

“After donating the luggage full of clothes to Syrian-Armenians last week, I discussed the possibility of doing more with Mrs. Ani Balkhian and I decided to sponsor a lunch for vulnerable Syrian families in Armenia,” said Alis, during a conversation with Aleppo-NGO’s staff during the lunch.

More than 50 vulnerable Syrians were present at the lunch event, each carrying the burden of a devastating experience in their heart.

“I want to thank you for sponsoring this lunch,” said an elderly Syrian-Armenian lady from Aleppo to Alis. “One of my sons was killed in Aleppo in 2014, while my other children have migrated to Canada and the US… I don’t want to leave Armenia because the Syrian community formed around Aleppo-NGO is all I am left with, and events such as these are uplifting.”

After hearing about the story of recently orphaned three children, who were present at the lunch, Ms. Alis and her mother Mrs. Maral Darakjian decided to donate money to the oldest son to help him fix the bicycle he used to work as a delivery man and to support his family.

“I cannot imagine losing everything I have worked for and having to start from zero in a new country,” said Alis, before proceeding by quoting Tolstoy’s Anna Karenina. “All happy families are alike; each unhappy family is unhappy in its own way.”

The event was catered by Ms. Azniv Krikorian, who had prepared two types of lahmanjoon and a delicious dessert. 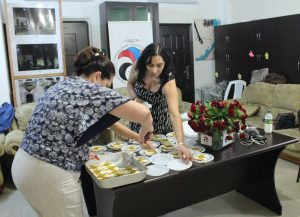 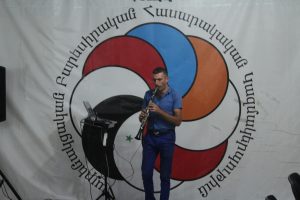 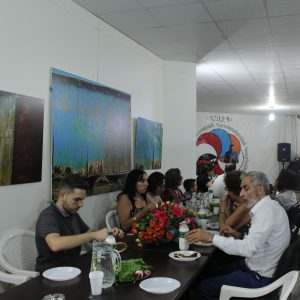 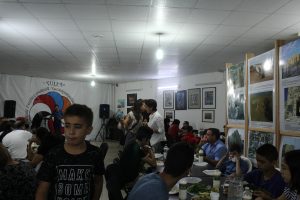 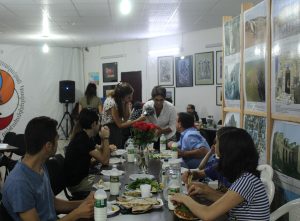 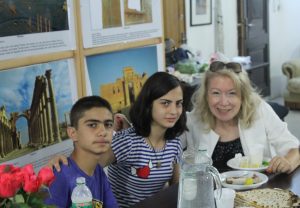 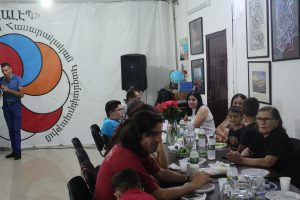 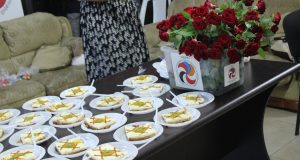 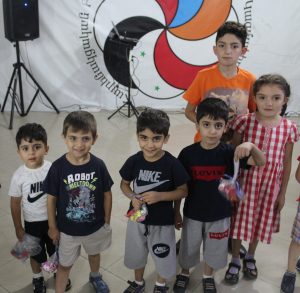 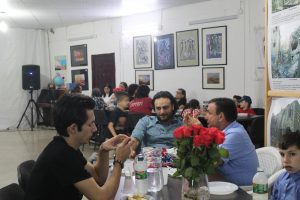