In September 2018, Aleppo Compatriotic Charitable Organization (Aleppo-NGO) launched ‘‘Refugee Women as Change Initiators’’ project funded by the US Embassy in Armenia within the framework of the “US Alumni Fund.” The project aims to promote the active participation of displaced Syrian refugee women in Armenia’s public life.

In Syria, these women were actively involved in various civic activities forming the backbone of the Armenian community’s religious, educational and cultural institutions. Following the outbreak of the Syrian Conflict, these women found themselves in an entirely new situation as refugees. After arriving in Armenia, they found themselves without social networks and ties with the local civil society, and without knowledge of Armenia’s norms, laws, or rights. The “Refugee Women as Change Initiators” project seeks to bridge these gaps.

“The project is founded on recognition of the fact that Syrian refugee women —through their adaptability, their cultural literacy, and their previous experience in community organizations—hold great civic potential. In order to activate this potential, Aleppo-NGO initiated the project to connect women to one another and to a new network of local partners, providing them with consistent sources of guidance, inspiration, advice, and support. The project envisions a day when Syrian refugee women are active leaders within Armenia’s civil society,” said Hayasa Tahmazyan, vice president of Aleppo-NGO and project manager of the Refugee Women as Change Initiators project.

The main goals of the project are to promote the socio-civic integration of Syrian women by introducing them to Armenian civil society organizations, developing their capacity for engagement, emphasizing the importance of women’s active participation in public processes, as well as building women’s capacity for representing and defending their own views and rights.

Robert Anderson, U.S. Embassy Yerevan Public Affairs Officer noted, “The U.S. Alumni Fund supports creative initiatives designed by people who took part in U.S. government-funded exchange programs to the United States.  We are proud to support our alumna Hayasa Tahmazyan and Aleppo NGO on this important project, which will help Syrian Armenian refugee women better integrate into Armenian civil society.  We believe that democracy thrives when there is an engaged, informed population.”

In the framework of the project, 24 Syrian women are participating in training courses and will be linked with leading female change-makers and activists from across Armenia’s civil society spectrum. The training courses will cover topics and spheres such as CSO’s rights in Armenia, women’s rights, volunteerism, leadership strategies, mythologies of communications, negotiation skills and development of organizational skills. Through the training courses and the coaching program, the project will ensure long-lasting change amongst Syrian women by empowering them to become independent leaders and active participants in Armenia’s civil society.

The twenty-four refugee women will ensure the sustainability of the project’s mission, goals and impact by undertaking various women-led activities, initiatives and programs in broader contexts such as fundraising for future projects that contribute to the empowerment of the broader Syrian refugee women community. With Aleppo-NGO’s support, the women will emerge as an integral link between Syrian refugees and other local communities.

“This project is of paramount importance because the participants will emerge as the future leaders of the Syrian refugee women’s community in Armenia,” said Ani Balkhian, President of Aleppo-NGO. “The education, skills, and experience provided to Syrian women through the project will help them grow and take on more responsibilities in defending the rights of Syrians, protecting and advocating for human rights in Armenia, and contributing to the development of Armenia as a country and a society.” 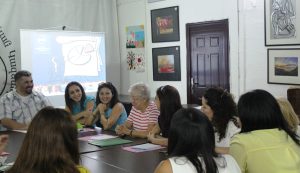 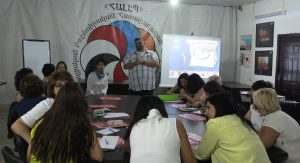 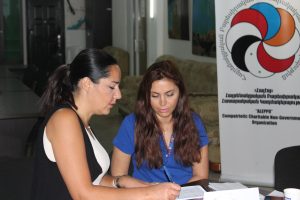 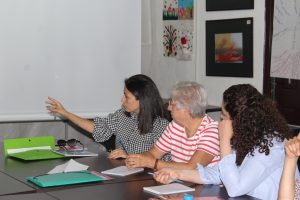 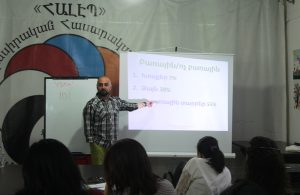 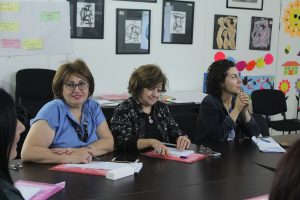 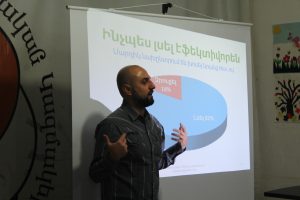 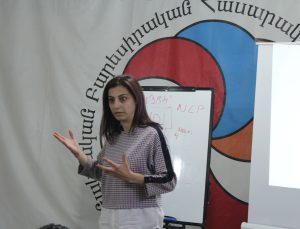 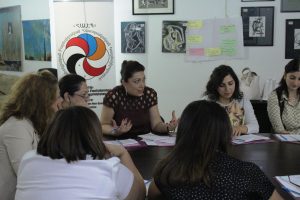 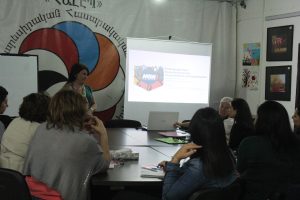 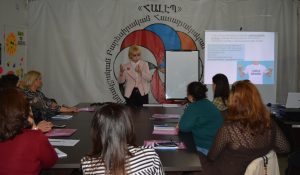 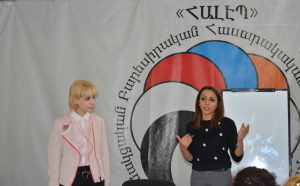 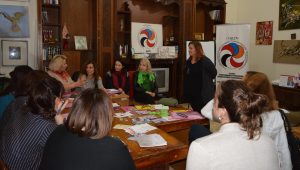