The project “Refugee Women as Change Initiators” funded by the US Embassy in Armenia within the framework of the “US Alumni Fund”. The project aims to promote the active participation of displaced Syrian refugee women in Armenia’s public life.

In the framework of the project, 24 Syrian women participated in training courses, thanks to which they had acquired relevant knowledge and skills to be active in public life.

The next phase, which includes mentoring and coaching, the women participating in the training courses have the opportunity to meet with the women in the social and humanitarian spheres, who share their best experience gained year by year with Syrian women and help their active participation in civilian life.

Mrs. Hayrapetyan who acts as a mentor within the framework of the program, in her speech she said, “The contribution of the people displaced from Syria to Armenia is great in the development of Armenia: the development of interpersonal relations, behavior, diligence, mutual understanding and equality between men and women, respect for each other and the spread of many universal values. We are ready to assist the displaced women in overcoming all the difficulties which hinder their path to feeling happy in Armenia”.

Working with Mrs. Hayrapetyan, the project’s participants are involved in various humanitarian initiatives, through which they acquire organizational skills and ability to present and defend their own views.

“Getting to know mentors, hearing about their experiences and working with them looks valuable for the attainment of the desired change. That change in the self which makes every woman of us more productive both in family and community life”, mentioned in her speech the project’s participant Caroline Msrieh Serobian. 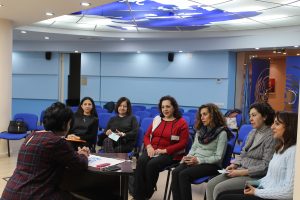 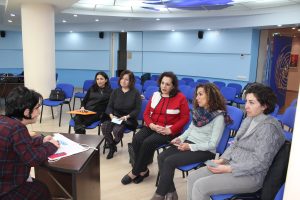 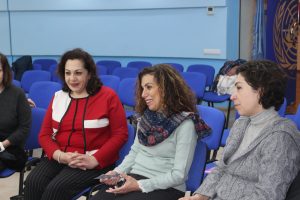 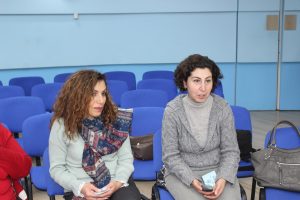 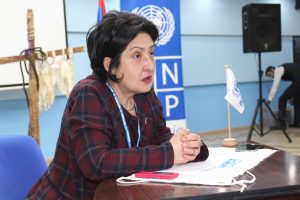 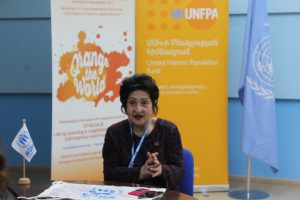