Workshop for Youth from Armenia, Iraq, and Syria on the UN Sustainable Development Goals

Between April 11 and 14, within the framework of the “Better Future for Syrian-Armenian Youth” project, Aleppo Compatriotic Charitable Organization (Aleppo-NGO) and the WCC Armenia Round Table Foundation organized a 4-days workshop in Aghveran for youth from Armenia, Iraq, and Syria on the UN Sustainable Development Goals (SDGs).

The workshop was designed to brief the youth about the role of SDGs in the protection of the rights of refugees and displaced populations, the development of societies and countries, and hone the moderation and presentation skills of the participants whilst transferring their knowledge and skills within their respective communities. The workshop was led by Ms. Anahit Hayraptyan, the External Relations Associate of UNHCR’s office in Armenia, and Ms. Eva Engelhardt-Went, a Gender Focused Moderator/Trainor from Bread for the World Organization in Germany.

On Day 1 of the workshop, Ms. Hayrapetyan of UNHCR briefed the participants about the history and Mandate of UNHCR, the situation of refugees worldwide, UNHCR’s activities in Armenia and the role of SDGs n the protection of refugee rights around the world. Following the initial presentation, the participants watched a video about the role of Fridtjof Nansen as the League of Nation’s first High Commissioner for Refugees, Nansen’s paramount contributions towards the protection of Armenians and other vulnerable populations in the aftermath of WWI, the humanitarian significance of the Nansen Passport (officially known as the stateless persons passport) in the provision of legal protection of refugees and their access to their movement rights.

Role Plays, quizzes, games and inter-active educational sessions on SDGs and refugee protection lead by Ms. Hayrapetyan brought the official activities of the first day of the workshop to an end. However, one of the Syrian participants of the workshop, Ms. Varti Sulahian, organized a debate session by dividing the youth into two teams to research and debate about “Conventional and Modern Education Methods.” Following a 30-minute plenary discussion by each group, the Affirmative and Negative arguments were made for each method of education, which included 5 constructive speeches and 5 rebuttals from each team. The debate session concluded with the team debating in favor of Modern Methods of Education winning the debate.

On Days 2, Ms. Eva Engelhardt-Went of Bread for the World organization in Germany presented the parameters, objectives and socio-metrics of the presentation and moderation techniques for multipliers workshop that ensued over the next three days. Following the introductory session by Ms. Engelhardt, which set the tone for days 2, 3 and 4 of the workshop activities, some of the youth presented powerpoint presentations about the 17 SDGs.

Following the three presentations by the participants, the attendees provided feedback to each presenter about the organization, content, creativity, visual aids, summary and stage Presence (delivery) of their presentations.

In the second half of Day 2, led by Ms. Engelhardt (facilitator), the participants voted in favor of the top three SDGs they wanted to focus on during the remaining portion of the workshop. Gender, Education, and Peace and Justice received the highest number of votes and thus the facilitator divided the participants into four groups, which were tasked to spend the remainder of Day 2 and the first half of Day 3 to prepare for their respective moderation exercise.

In the evening of Day 2, a small group of local and Syrian Armenians generically formed a group that began listening to different types of Arabic, Armenian, and foreign music and dancing traditional Armenian dances. Inspired by the music, dancing and the general atmosphere, Nanor Apelian, a 16-year from Syria who wants to study graphic design, burst out singing Armenian patriotic songs like “Kilikia” and some of Ruben Hakhvertyan’s masterpieces. The group quickly joined in with the chorus of each song performed by Nanor.

On Day 3 of the workshop, the four groups continued working on their thematic presentations. In the afternoon, the president of WCC Armenia Round Table Foundation, Mr. Karen Nazaryan, visited the participants at the Aghveran workshop and greeted them with a short speech and a brief presentation about the general work of the Armenian Round Table (ART) Foundation and the importance of the “Better Future for Syrian Armenian Youth” project in facilitating the integration of Syrian refugee youth in Armenia. Mr. Nazaryan highlighted the commitment of ART to promote a peaceful and just society in Armenia, the advancement of Christian values, the securing of a dignified life for vulnerable groups through the provision of equal rights and opportunities. In the end, Mr. Nazaryan highlighted the importance of the UN SDGs in the realization of the dreams and aspiration of local, Iraqi, and Syrian Armenian youth in Armenia.

In the second half of Day 3, the group presentations about the needs of men and women to realize SDGs commenced with plenary and “Fishbowl” discussions. During these sessions, some of the participants also had an opportunity to be facilitator for the peer discussion about refugee youth role in development, which promoted their team-work skills and prompted healthy debate.

In the evening, the participants engaged in a series of fun activities including a bonfire celebration in the wild and music and dancing session at the karaoke and disco center at the Aghveran Park Resort.

On the last day of the workshop, Mr. Sarkis Balkhian, executive director of Aleppo-NGO, provided feedback about the work of the participants throughout the workshop. Mr. Balkhian also highlighted some of the funding opportunities available for youth to translate some of their top visions and ideas developed during the SDGs workshop into action.

The workshop concluded with Ms. Engelhardt, Ms. Hayrapetyan, and Ms. Rubina Davrikyan of the Armenian Round Table Foundation leading a feedback session, where all the participants completed a feedback questionnaire and provided commentary about the gaps of the workshop and the future opportunities for improvement.

The participants were full of excitement and enthusiasm after the workshop, with the many of the participants expressing interest in participating in a longer workshop that allows them to dive deeper into examining the role of each SDG in the development of the Republic of Armenia.

The SDGs workshop was organized within the framework of the “Better Future for Syrian Armenian Youth” project, which provides capacity building support, scholarships and financial aid, and pastoral and psychological support to displaced youth from Syria with the aim of facilitating their integration in Armenia. Since March 2018, more than 230 Syrian, Iraqi, and local Armenian youth have participated in the various components of the project. 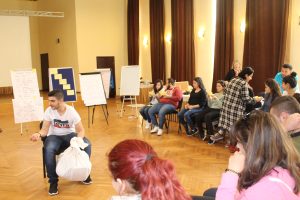 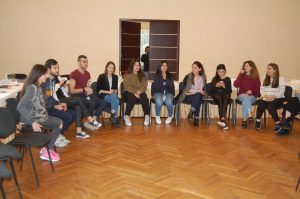 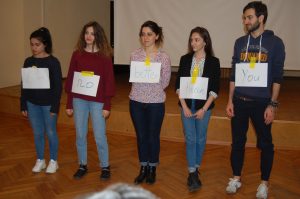 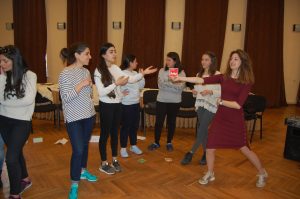 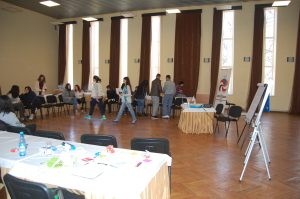 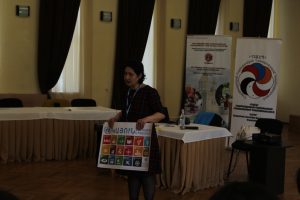 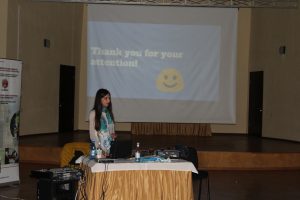 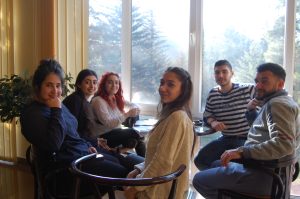 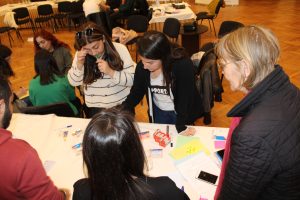 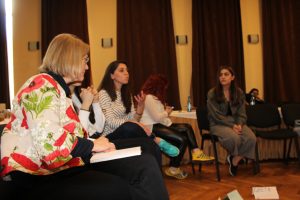 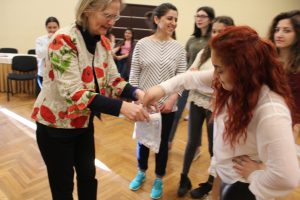 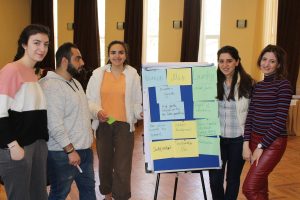 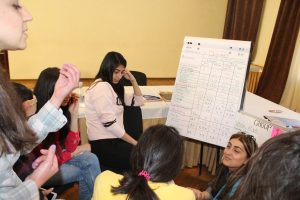 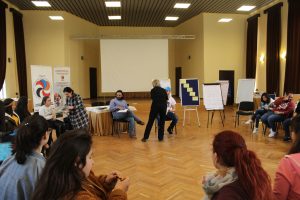