Sewing Workshop for the “Socio-Psychological Assistance for Syrian-Armenians” Project 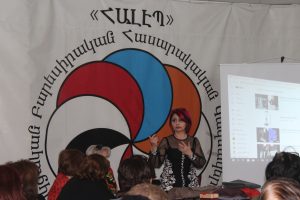 On 10 May, 2019, Dzovig Magarian-Baitarian, Co-Founder and Vice President of Aleppo-NGO, hosted a meeting on behalf of the Socio-Psychological Assistance for Syrian-Armenians initiative. The meeting was attended by 36 women.

Dzovig Magarian-Baitarian opened the meeting by commemorating Victory Day and expressing thanks to the heroes of the Great Patriotic War. Armenia was home to 103 national Soviet heroes, including Nelson Stepanyan, Hovhannes Baghramyan, Hamazasp Babajanyan, Armenak Khanperyants and Ivan Isakov.

She also acknowledged the anniversary of the liberation of Shushi of 1992, in which commander of self-defense forces Arkadi Ter-Tadevosyan and 1200 courageous volunteers, helped liberate a key city in the struggle for Artsakh. Following what is now commonly referred to as the “Wedding in the Mountains,” the Defense Army of Artsakh was officially established.

The guest of the evening was fashion designer, founder of “Modana” Fashion Studio, and professional lecturer, Anahit Hovhannisyan. During the meeting, Anahit Hovhannisyan showed the women how to recreate new and fashionable clothing using old or unused material. The attendees participated in the workshop with great enthusiasm and expressed interest in creating their own clothing. The meeting was followed by delicious snacks and beverages. 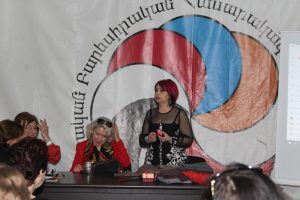 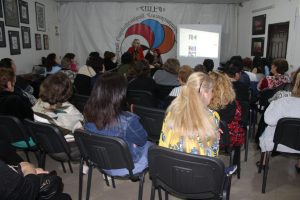 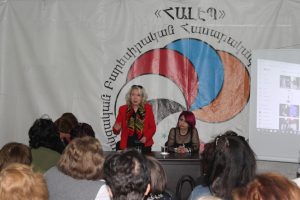 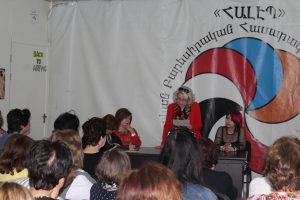 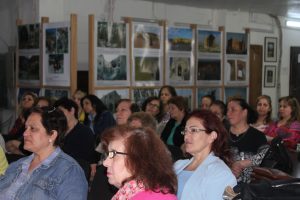 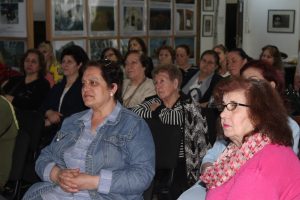 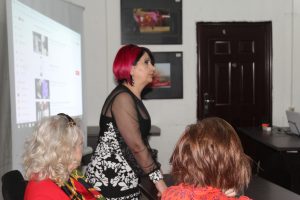 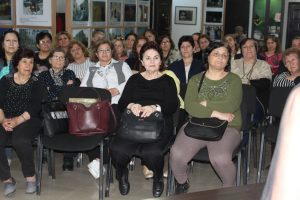 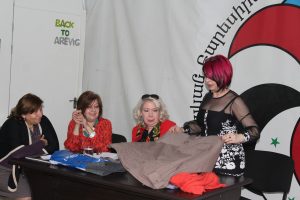 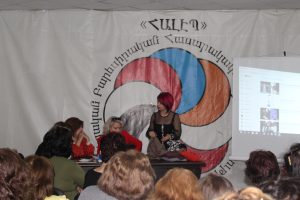 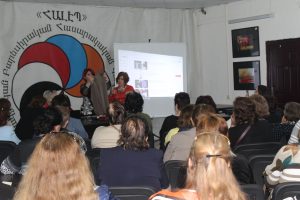