On September 27, 2019, within the frameworks of  the “Socio-psychological Assistance to Syrian Refugees” project of the Aleppo Compatriotic Charitable Organization (Aleppo-NGO) a film screening was organized with the participation of 50 women. Dzovig Magarian-Baitarian, Co-Founder and Vice President of Aleppo-NGO, gave a welcome speech and introduced the film “From Ararat to Zion” by 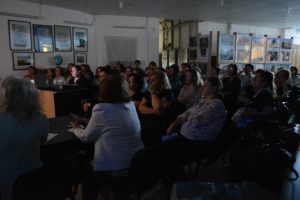 Armenian director Edgar Baghdasaryan and Vem Media Arts studio, which later the attendees watched with great pleasure. The scriptwriter and producer of the film is priest Mesrop Aramyan.

The film represents the role and investments of the Armenian nation in the world history, the mission of Christianity and the presence of Armenians on the Holy land, therefore touched the hearts of everyone.

After the film screening Ani Balkhian, Founding President of Aleppo-NGO, showed the handmade work by  Hripsime Terzyan bearing the logo of Aleppo-NGO, which now adorns the office of the Organization. Mrs. Balkhian thanked Mrs. Terzyan for the beautiful gift and handed 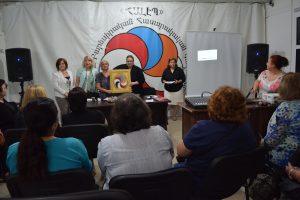 over a letter of gratitude on behalf of Aleppo-NGO.

During the meeting free tickets of 2 performances of H. Paronyan State Musical Comedy Theatre were distributed to the attendees and the latters expressed their gratitude to the directory of the theatre once again.

The interesting and meaningful meeting ended with the hospitality organized by philanthropist Maral Karakashyan. 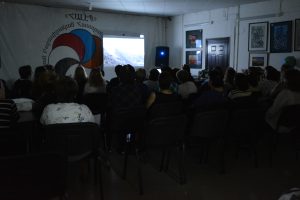 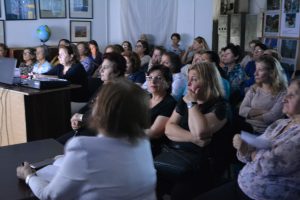 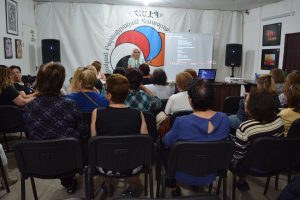 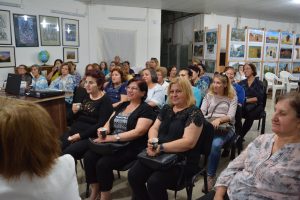 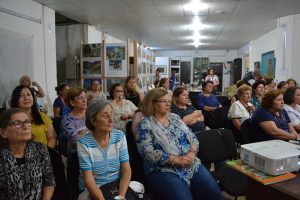 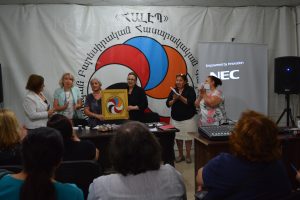 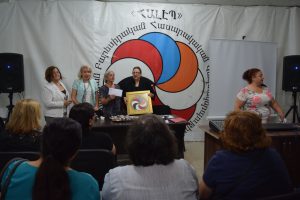 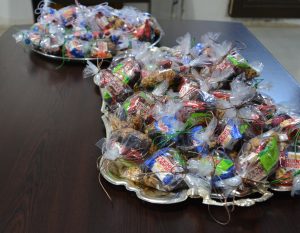