On 02 October 2019, within the framework of the “Host a Family” housing program, another Syrian-Armenian family celebrated housewarming of the apartment provided by one of our benefactors.

“Host a Family” is being carried out with the support of generous philanthropists, who purchase apartments and provide it to the most 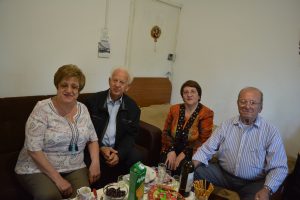 vulnerable Syrian families in Armenia for long-term free of charge.

This time, thanks to Mr. and Mrs. Simon and Elizabeth Dedeians,one more Syrian-Armenian family received the keys of an apartment, which, even though temporarily, will help them forget about the rental costs of their housing. 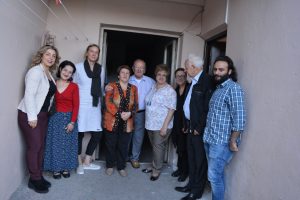 Mr. Dedeian noted in his speech: “Helping Syrian-Armenians, who have gone through war, build their future in Armenia is high priority for me. Anyone, who is somehow able to support vulnerable families, should try to be helpful to them”.

Mrs. Ani Balkhian, Founding President of Aleppo-NGO also delivered a speech, acknowledging the benefactors Mr. and Mrs. Dedeians for their support to the family and Ms. Anna-Carin Öst for providing them with necessary furniture funded by UNHCR Representation.

Aleppo-NGO expresses its great gratitude to Dedeian family for joining “Host a Family” program and for supporting Syrian-Armenian families.

‘Host a Family” program aims to provide first aid and most importantly housing to families affected by the Syrian war, which will help them prosper and build a thriving future.

Within the framework of the project, the apartments are being obtained by the means of benefactors and on the contractual basis being temporary and free of charge to the most vulnerable Syrian families sheltered in Armenia. The houses belong to philanthropists and the vulnerable families temporarily live in the provided houses free of charge.
In the frame of the project, the United Nations High Commissioner for Refugees (UNHCR) provides furniture for the obtained apartments according to the Exchange of Letters signed between UNHCR and Aleppo-NGO.

The project is implemented with the financial assistance of donors, who are buying flats in Armenia, and provide Syrian families in need with home without any charge and under the set conditions.

Aleppo-NGO is also cooperating with Global Hope Network International by offering houses to Syrian refugees in the Spitak, Lori region of Armenia. 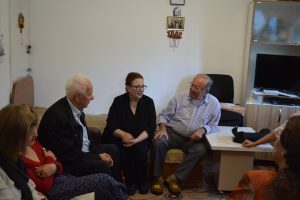 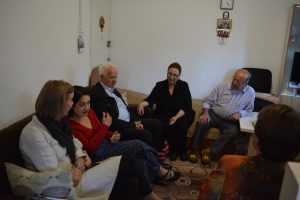 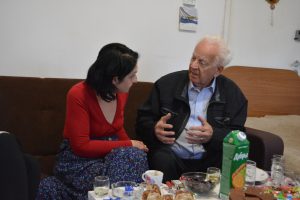 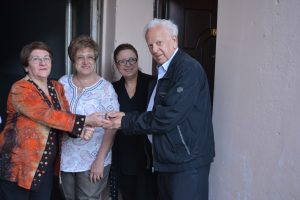 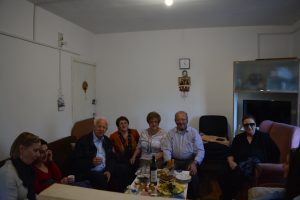 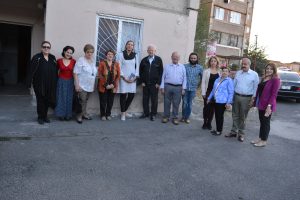