Discussion on the Most Crucial Issues of Syrian-Armenian Refugees

On October 16, 2019, a meeting was held at Aleppo Compatriotic Charitable Organization (Aleppo-NGO) between Ruzanna Zakaryan, Head of Social Department of the Yerevan Municipality, Nuard Vardanyan, Member of the Council of Elders from “My Step” faction and Ani Balkhian, Founding President of Aleppo-NGO, Dzovig Makarian-Baitarian, Founding Vice-President, Sarkis Balkhian, Executive Director.

During the meeting representatives of Aleppo-NGO represented the current programs implemented by the Organization․ Ruzanna Zakaryan and Nuard Vardanyan expressed a will to get better acquainted with the main issues and challenges of Syrian-Armenian community. During the meeting a range of crucial issues were discussed, including social, housing, healthcare issues and problems of cultural and educational integration into the Armenian society as well.

Among the issues discussed, special attention was paid to the most crucial – the housing problem and its possible solutions.

The attendees also touched upon the recent developments in the north-east of Syria and the situation of Syrian Armenians living in those areas.

At the end of the meeting Nuard Vardanyan pledged to present the abovementioned issues during the forthcoming Council of Elders’ meetings and to pursue the resolution of the issues, and, in general, the implementation of reforms in the relevant areas. 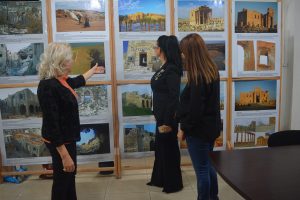 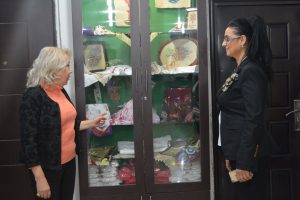 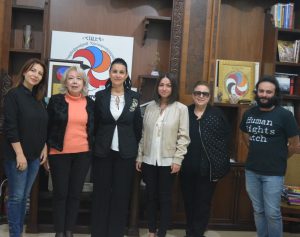