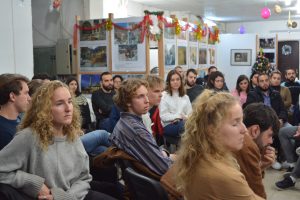 The meeting started with the welcome speech of the Executive Director of Aleppo-NGO, Sarkis Balkhian, “Aleppo-NGO is pleased to host you all at our office and hold a discussion on Syrian issue, which is on the spotlight of the world.” Sarkis Balkhian noted that the format of this meeting gives Syrian Armenian youth an opportunity to get acquainted with the viewpoints of foreign peers, while the meeting’s guests will be able to get better acquainted with Syrian-Armenians, who moved to Armenia as a result of the Syrian war. 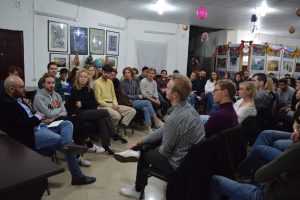 After the launch of the meeting, students got acquainted with each other by presenting themselves, as well as their educational backgrounds and interest in political issues such as the Syrian crisis. During the meeting Mr. Balkhian represented the current situation of the Syrian crisis, the conflicting parties of the war and answered to the questions raised by students. Reference was made to another important issue, such as the defined rights of the Labor Code of the Republic of Armenia, working conditions of Syrian-Armenians, as well as their awareness of their own rights.

The guests were able to ask questions directly to Syrian-Armenian youth, who have sheltered in Armenia as a result of the ongoing conflict, learn about the problems and difficulties they have been facing in the process of integration into the Armenian society, as well as their future plans and goals.

The “Better Future for Syrian-Armenian Youth” project is funded by the World Council of Churches Armenia Inter-Church Charitable Round Table Foundation (ART) and implemented by Aleppo-NGO.  The purpose of such events is to impart new knowledge to Syrian Armenian youth, improve their analytical thinking and engage them in discussions on various topics. 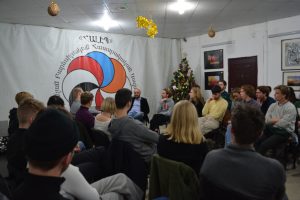 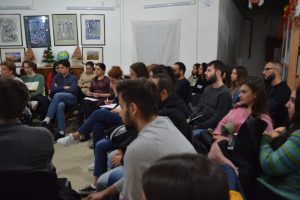 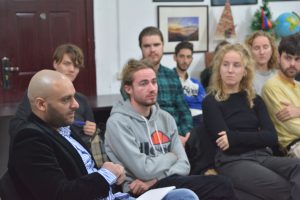 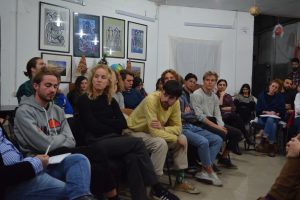 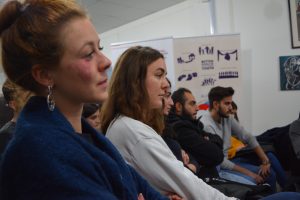 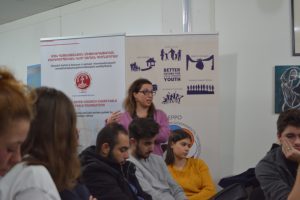 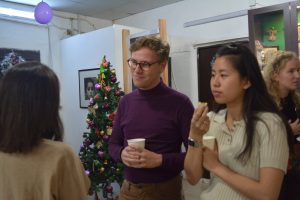 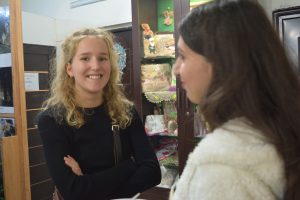 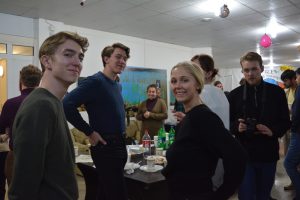 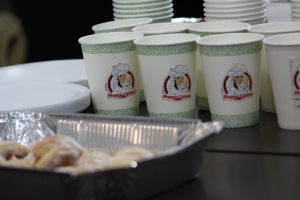 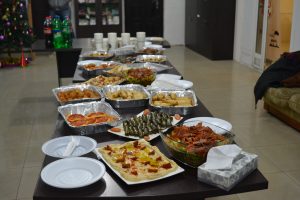 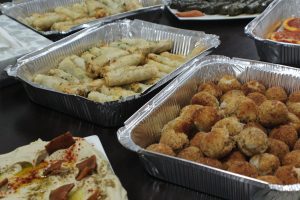