In 2015 the Nadjarians’ family, residing in the U.S. provided a new hope to activities of the “Aleppo” Compatriotic Charitable Organization.

Paul and Rachel Nadjarians, getting ware of the activities of the “Aleppo” organization in inviting the attention of Armenian benefactors worldwide to ensure possible support to their compatriots, who are in difficult situation in Aleppo and applied “Aleppo” CCO for a help to relocate to Armenia, as a safe country, provided humanitarian aid to Syrian-Armenians in need.

On June 20, 2015 the Nadjarians’ family celebrated the birthday of Paul Nadjarian by organizing a charity event on the occasion. More than 70 guests were invited to the birthday and were asked to make a financial donation in lieu of a gift to the “Aleppo” organization’s “Save a life” project.

This generous and great effort undertaken by Mr. and Mrs. Nadjarian and their family, made it possible to raise 5500 US dollars in support of Tovmasian and Chelebian families, living in Aleppo, who were in a poor health and financial conditions, as well as Syrian individuals. As the result of this donation, one-way tickets to Armenia were obtained for 14 Syrian individuals.

“Aleppo” Organization greatly appreciates the efforts of Mr. and Mrs. Nadjarian for their generous contributions and expresses deepest gratitude to their family. They did not only help the Syrian-Armenian families to repatriate and reside in their fatherland; but they also proved the belief that the success and strength of the Armenians are in their unity.

We believe that working together to support our compatriots in Aleppo by unity and joint efforts; we will be able to direct the Wheel of the Fate to the bright and prosperous future. 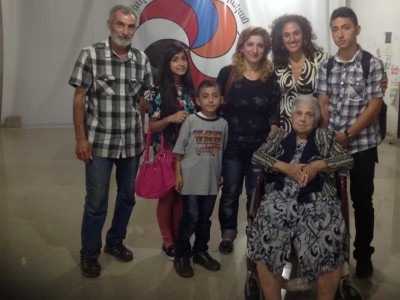 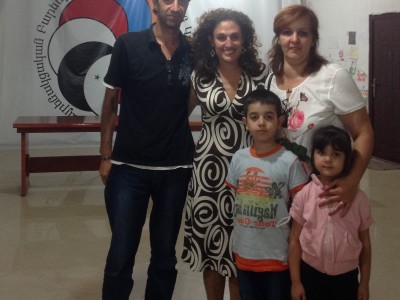