On November 11, 2016, Yeghsabet Bedros, Rose Saba and Sirvard Ohanesian were relocated from Aleppo to Armenia through the “Save a Life” project of the Aleppo Compatriotic Charitable Organization.

They were welcomed by the representatives of the Aleppo CCO and the Initiatives for Development of Armenia (IDeA) Foundation at the Zvartnots airport in Yerevan. The relocation of Yeghsabet Bedros, Rose Saba and Sirvard Ohanesian was made possible thanks to the support from the IDeA Foundation.

On October 15, 2016, the Initiatives for Development of Armenia (IDeA) Foundation released a statement on the current situation of Syrian Armenians, announcing its support to those of them who are willing to be relocated to Armenia. This initiative of the IDeA Foundation will be implemented through Aleppo CCO’s “Save a Life” project, assisting those individuals who wish to relocate to Armenia, escaping from the Syrian war.

To remind, since May 2015, Aleppo CCO implements its “Save a Life” project – an initiative that aims at supporting those Syrians who found themselves in a difficult financial situation and addressed Aleppo CCO asking for help to purchase a one-way ticket to Armenia. 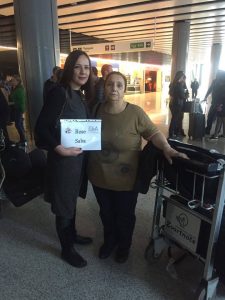 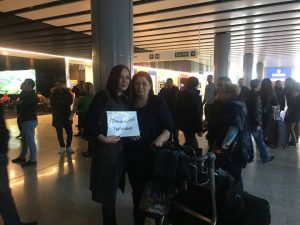