The Aleppo Cuisine center, initiated by Aleppo Compatriotic Charitable Organization (Aleppo–NGO), opened its doors for the first time on February 7, 2018.

The Aleppo Cuisine center is an employment-based social enterprise geared towards the economic integration of Syrian refugees in Armenia. The center’s employment program specifically focuses on supporting women, persons with developmental disabilities and other vulnerable Syrian community members. The center hopes to employ 70-90 Syrian refugees within the first 5-years of operation and aims to alleviate growing and acute poverty amongst Syrian households by providing higher wage-earning potential, secured employment, training to enhance skill acquisition, and advanced training to strengthen upward mobility. Besides facilitating economic integration of refugees, Aleppo Cuisine will direct 100% of its profits towards humanitarian relief programs as well as the expansion of services and creation of new employment opportunities for vulnerable populations.

The purchase of Aleppo Cuisine’s real estate property was made possible by the Parish Council of St. Kevork Armenian Apostolic Church in Houston, Texas, and in large part, thanks to its then-Chairman Mr. Vreij Kolandjian, as well as extremely generous donations from Dr. Robert and Mrs. Nyree Österbauer-Tanielian and other anonymous donors.

The honorable guests of the opening ceremony were Vrej Kolandjian from the Parish Council of St. Kevork Armenian Apostolic Church in Houston, Texas accompanied by his wife, Christine Kolandjian, as well as Jean-François Duchosal, and Michel Genoud from the Swiss committee of KASA, who were on an official diplomatic visit to Armenia earlier in the week and received the Medal of Honour of the RA National Assembly for their unique support shown to the Armenian people after the disastrous Spitak earthquake of 1988.

Following the ribbon-cutting ceremony attended by Mr. Vreij and Mrs. Christine Kolandjian, Mrs. Ani Balkhian, the founding president of Aleppo-NGO, expressed her gratitude towards Mr. Kolandjian, mentioning that it was an honor to collaborate with such a devoted Armenian who, above all, values the well-being of his compatriots.

“The main idea behind Aleppo Cuisine center is that not only should we give them fish, but teach them how to fish as well. The center aims to ease the financial burden of Syrian refugees in Armenia, focusing on Syrian women and persons with developmental disabilities by creating employment opportunity, and, subsequently, contribute to their economic development in Armenia,” said Mr. Kolandjian.

Hayasa Tahmazyan, the Vice-president of Aleppo-NGO, briefly introduced the ongoing activities of the organization to guests, followed by Sarkis Balkhian, the executive director, who spoke of the unique characteristics of the program, which include flexible working hours and diverse high-quality Middle Eastern menu items.

Presenters also acknowledged and gave thanks to Deutsche Gesellschaft für Internationale Zusammenarbeit (GIZ) for allocating high-quality kitchen equipment and supplies for the Aleppo Cuisine in addition to technical training for the future Syrian chefs of the center for more effective and professional performance.

Praising the initiative and the generous contribution of the donors, Father Pargev Palgevorgyan, the pastor of St. Hakob Church in Mrgavan and a long-term supporter of Aleppo-NGO blessed the Center, saying: “May this Center give the war-affected Syrian women an opportunity to pour their hearts and souls into their work through which they will get the sense of security and self-accomplishment in their new homes in Armenia.”

Since 2017, the main objective of Aleppo-NGO is to uncover the issues of the war-affected Syrians in Armenia. Aleppo Cuisine project tackles the main challenges facing Syrian refugees in Armenia by securing gainful employment for the most vulnerable—women and persons with disabilities and ensures their economic and social development in Armenia.

The Aleppo Cuisine center also aims to support the self-realization of the war affected Syrians refugees with disabilities in the civic life in Armenia. The idea behind Aleppo Cuisine center is to allocate the net profit generated from the project towards providing humanitarian assistance and creating employment opportunities for other war-affected Syrians settled in Armenia. 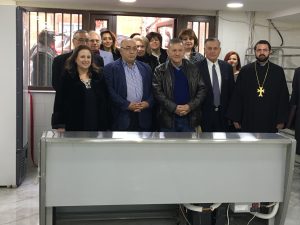 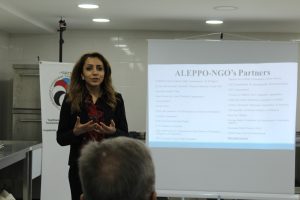 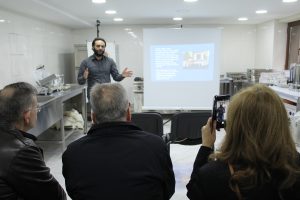 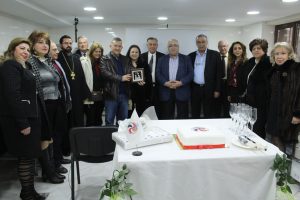 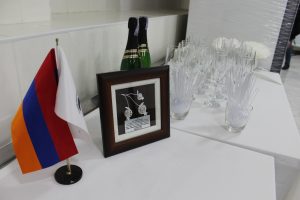 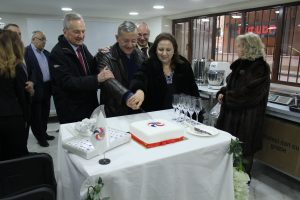 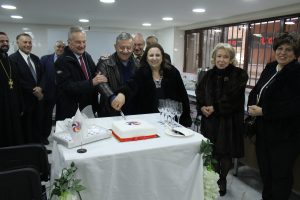 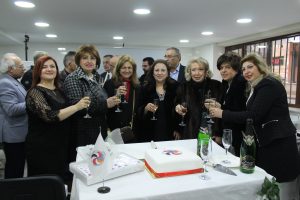 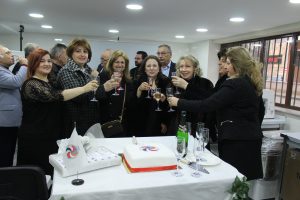 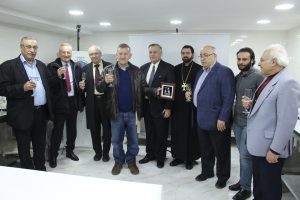 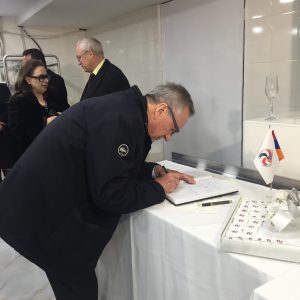 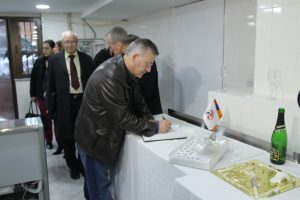 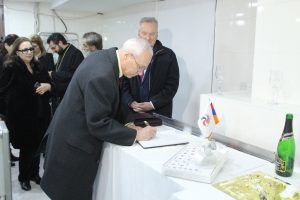 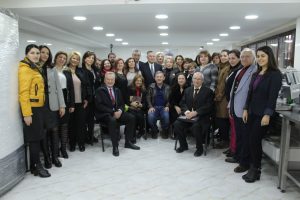