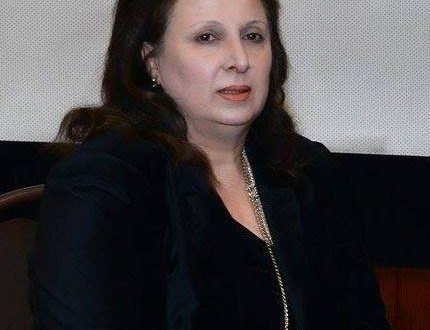 According to information circulating in the media, 600 Armenians addressed the Aleppo Compatriotic Charitable Organization’s (ACCO) Yerevan office asking for help to be relocated to Armenia from Syria. In a conversation with “Arevelk” news media, ACCO’s founding president Ani Balkhian clarified that these 600 individuals did not address the organization recently, but expressed their desire to move to Armenia since May 2015. “At one point, the situation in Syria was relatively good, their lives were more peaceful, so people changed their minds [about resettling in Armenia], but the recent developments forced them to re-request to be relocated. As of now, 600 people have expressed desire to come to Armenia [in the framework of “Save a life” project],” said Ani Balkhian.

Since May 2015, the organization managed to purchase one-way tickets for 250 Syrian Armenians with the support of its benefactors. Those 250 Syrian Armenians are already in Armenia. Another 100 tickets are now purchased and those Armenians will arrive to Yerevan by November 2016. Others have also expressed their desire to be relocated, and are waiting for their tickets. However, as Ani Balkhian mentioned, currently, Aleppo CCO doesn’t have the financial means to purchase more tickets and therefore the organization is looking for more sponsors and benefactors.

Each individual receives US $100 upon arrival “If it is a family consisted from 4 members, each member of the family will get $100. At least they will be able to care for their immediate needs at the beginning,” said Aleppo CCO’s founding president Ani Balkhian. This money, too, is donated by the benefactors of the organization.

The rental fees of vulnerable Syrians who are settled in Armenia are covered by UNHCR, OXFAM, the Armenian Redwood Project, Mission East, Mission Armenia and several other international organizations operating in Armenia. In the upcoming three to six months, they will cover the rental fees for 300 families, and newly arrived families by “Save a life” project have priority access to this assistance, says Ani Balkhian.

Mrs. Balkhian notes that the Aleppo Compatriotic Charitable Organization continuously receives phone calls and letters, mainly from families in need who remain in Syria. “From a community of 20,000 or so Syrian-Armenians (Editor: Ani Balkhian means the total number of the Armenians living in Syria, of whom only 8,000-10,000 live in Aleppo) who are still living in Syria,  only 600 people express desire to come to Armenia, then the number of the people in need is not that big. The people who can afford to buy tickets to Armenia, they decide for themselves whether they want to purchase an airline ticket, come to Armenia, or stay in Syria,” suggests Ani Balkhian.

According to Mrs. Balkhian, the decision to leave Syria is a personal one, and no one can force anyone to leave or stay. “But if they decide to leave [Syria], it is better if they come to Armenia, so that the Syrian Armenian community can, at least, be preserved here [in Armenia] instead of being dispersed all over the world,” said Mrs. Balkhian, expressing her concerns. In this sense, Ani Balkhian looks to the Diaspora and urges Diasporan Armenian benefactors, as well as organizations to unite in their efforts to preserve the Syrian Armenian community within Armenia.

Following the escalation of the situation in Aleppo on September 30, 3 families received a one-way ticket through Aleppo CCO and arrived in Yerevan on October 7. Ani Balkhian also noted that many local Armenians expressed their willingness to help or even host Syrians in their homes: these people are registered at the organization and in case of urgent need Aleppo CCO will ask them for help, too.

According to “Arevelk” news media, after the recent escalation, the Ministry of Diaspora is also undertaking activities to help those Syrian Armenians who wish to move to Armenia, but currently both the Republic of Armenia and the leaders of the Armenian community of Syria don’t have any mass evacuation plans. In a conversation with the Deputy Minister of Diaspora, Syrian MP Jirayr Reisian noted that despite the shelling and casualties, Syrian Armenians remain comfortable and the community is not in a panic mode.