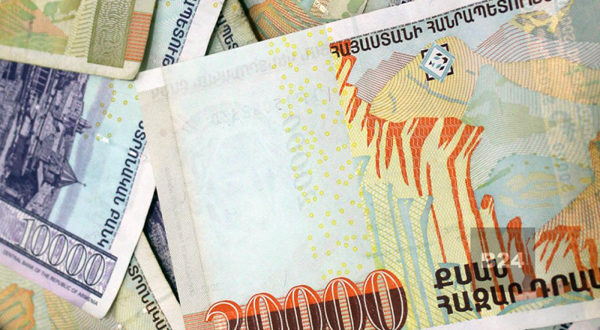 As part of Aleppo-NGO’s ongoing needs assessment of beneficiary families and monitoring of the situation of Syrian refugees in Armenia during COVID-19, I called one of the Syrian victims of labor rights violation in Armenia to determine the impact of the pandemic and lockdown on his work and his family’s socio-economic situation.

To ensure the transparency of the process and maintain an accurate record of the situation of each family, I was recording every conversation I had with Syrian refugees.

Sarkis Sarkisian (pseudonym), 35, was an undocumented goldsmith when last interviewed by Aleppo-NGO, but has since purchased a car with a partner and started working as a cab driver.

Similar to all cab drivers in the country, Sarkis had been home without work and income since Armenia announced a country-wide lockdown on March 16, 2020.

“Prior to the pandemic, I used to make between 180,000 and 200,000 AMD per month by driving the taxi,” said Sarkis. “My brother also sent me money from France to cover my family’s monthly expenses.”

Sarkis lives in Davitashen, in a 2-bedroom apartment along with his wife and two children. When they first moved to Armenia in 2016, his mother also lived with them until she passed away almost a year ago. Initially, his rent cost 80,000 AMD but his landlord has gradually increased that amount—he now pays 120,000 AMD for the same apartment.

“Aleppo-NGO has never supported my family,” said Sarkis. “A year and a half ago, when my mother needed an open-heart surgery, I approached Aleppo-NGO and all the other organizations who are supporting Syrian-Armenians but none of them responded to my pleas.”

Although Sarkis’ story was heart wrenching, as is the story of millions of refugees worldwide and thousands of Syrian-Armenian refugees in Armenia, my conversation with Sarkis was very lighthearted because, despite the struggles caused by the Syrian conflict and COVID-19, Sarkis was upbeat and hopeful towards the future.

But unlike Sarkis, I tend to see the glass half empty and try to focus on the negative impact of policies on the situation of refugees rather than the success stories. Consequently, I proceeded by probing about the types of assistance Sarkis’ family had received from the Armenian government and humanitarian organizations during COVID-19.

“…[b]ecause I am not a registered employee and operate my own taxi, I did not qualify to receive unemployment assistance from the Armenian government,” said Sarkis. “…[a]fter applying several times to the government’s children’s support package (9th stimulus package which provides 26,500 AMD for every child under the age of 18), we were approved and are set to received 53,000 AMD. However, the bank is delaying the payment because there is a long waiting list.”

Sarkis proceeded by confirming that his family had also received blankets from another humanitarian organization but had not received any financial assistance from other organizations.

I could not hold back my amazement and sarcastically asked: “Is the weather getting colder in Davitashen-Yerevan?”

After sharing a laugh with Sarkis, I inquired about the reasons behind his decision to move his family from Syria to Armenia.

“The situation in Syria was becoming unbearable. Armenian neighborhoods in Aleppo were constantly bombarded in 2015 and 2016,” said Sarkis. “There was an organization which was providing one-way tickets to move Syrian-Armenians to Armenia, so we applied and they helped us move to Yerevan.”

Upon hearing about Sarkis’s journey from Syria to Armenia, I burst out in laughter and said: “Ten minutes ago you said Aleppo-NGO has never assisted your family. Did you and your family members also received $100 in pocket money upon arrival to Yerevan? Were you referred to Mission Armenia and UNHCR so your family can receive rental subsidy assistance?”

After pausing for a minute, Sarkis said: “Yes… Is Aleppo-NGO the organization located in the basement?”

Over the years, for reasons beyond my comprehension, Aleppo-NGO has come to be known as the “basement organization”, the “hyusisayin (northern) organization” or simply “the NGO” among Syrian-Armenian circles. Why it is so difficult for Syrian-Armenians from Aleppo to learn the name of “Aleppo” organization remains one of the biggest mysteries of my professional life.

Sarkis, his mother, wife and two children were five of the 468 Syrian-Armenians who moved to Armenia between April 2015 and December 2017 with the support of Aleppo-NGO’s “Save a Life” initiative. As such, his family had received assistance in the tune of $2000 through the organization’s “Save a Life” initiative which provided air fare and pocket money to arriving families.

Following my conversation with Sarkis, I also confirmed that his family had received different forms of aid from Aleppo-NGO over the years, with the last assistance coming in late 2019 when Sarkis’ family was one of 873 beneficiary families who received hygiene products provided by Aleppo-NGO with the support of “UMCOR ARMENIA” Charitable Foundation. In fact, Sarkis himself had picked up the assistance and had signed on the beneficiary sign-up sheet.

I ended the call with Sarkis by receiving his consent to publish contents of our conversation under the condition of maintaining his anonymity. I also proceeded by requesting his bank account information because his family had qualified to receive COVID-19 financial assistance from Aleppo-NGO.

In the coming weeks, in collaboration with the Armenia Round Table Foundation, Aleppo-NGO will be providing partial scholarships to at least 42 university students (50% local Armenians and 50% Syrian, Iraqi, Lebanese refugees and migrants). Through the generous contributions of benefactors towards its ongoing fundraising campaign, Aleppo-NGO will also be providing needs based financial assistance to at least 150 Syrian refugee families, including Sarkis’ family.

But regardless of how hard we try to support Syrian refugees and local Armenians through the implementation of projects and programs funded by generous donors (like Dr. Robert Österbauer and Ms. Nyree Tanielian who contributed $10,000 towards our ongoing COVID-19 relief efforts), the “basement organization” or “NGO” will consistently fall short from supporting everyone in need.

We assume full responsibility for our failure to financially support Sarkis’ mother when she needed an open heart surgery. On the other hand, we are forever indebted to every single donor, small or large, who contributed towards the $10,000 that was needed to facilitate Krikor’s open-heart surgery a few months ago.

Our failures as an organization are ours solely and our successes are yours entirely. Thank you for your continued trust and support.