On June 9, 2018, Aleppo Compatriotic Charitable Organization (Aleppo-NGO) hosted a viewing of TEDx Kakuma Camp, which was broadcast live from Kenya as the first TED event ever held at a refugee camp. 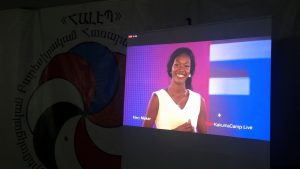 In anticipation of  International Refugee Day, celebrated on June 20, TEDxKakumaCamp was organized in the campus of the Kakuma refugee camp in Kenya–which is a refuge for more than 60,000 displaced persons. The TEDx event became a platform for current and former residents, international experts, and artists to share their perspectives with the whole world and to voice their support for the equal and inalienable rights of displaced persons.  Aleppo-NGO joined in streaming this TEDx event to stand in solidarity with the events’ goals and to help amplify the voices of refugees and those who support them.

“By joining our voice to the voice of all humanity, standing beside people through wars, and reviving the idea of peace,  today we want to once again emphasize the right of a person to live in a safe and decent life. We also reaffirm the readiness of ALEPPO-NGO to stand by displaced persons and help them to have a secure and prosperous future in Armenia, “said Hayasa Tahmazyan, vice president at the Aleppo-NGO.

Attendees consisted mostly of women from Armenia’s Syrian refugee community, and live translation was provided on the spot for those who could not understand English.

The speakers—including refugees, journalists, economists, and more.—delivered inspiring reflections on the human spirit’s ability to endure and succeed in the face of adversity. Following the theme of the event, “thrive,” speakers emphasized the importance of continuing to understand refugee experiences, as well as the significant positive impact refugees, have in their host countries and the world at large. Several of the speakers focused especially on refugee women’s unique experiences, an emphasis that was particularly appreciated by the mostly-female attendees.

Between the two TEDx sessions, guests addressed the audience and discussions were held. 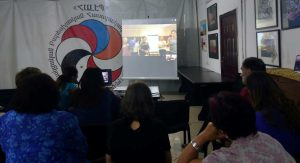 Anahit Hayrapetyan, External Relations Associate for UNHCR Armenia and representatives of Mission Armenia NGO, greeted the attendees via Skype from a conference in Dilijan, and reiterated their support for refugees in Armenia.

Natasha Hall, a refugee rights activist, also spoke at the event. Ms. Hall has worked at Kakuma Camp, and offered her insights about the situation there. She also conversed in Arabic with attendees about their experiences in Syria and Armenia.

Ultimately, the event offered Syrian Armenian refugees a look into the experience of refugees from other parts of the world, prompting discussions about how their challenges differ, how they are the same, and how refugees can best be supported.

Aleppo-NGO serves to protect, support, and empower Syrians sheltered in Armenia; develops and implements sustainable programs to contribute to the settlement and integration of Syrian refugees; and ensures the protection of the refugees in the social, cultural, and educational spheres. 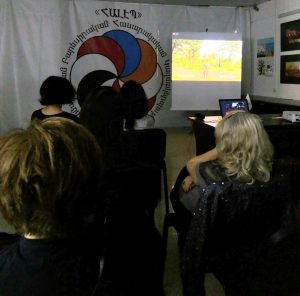 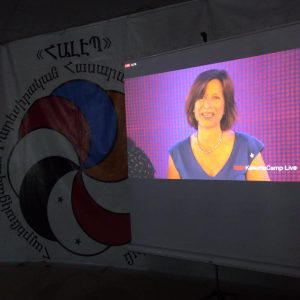 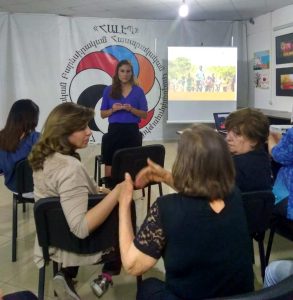 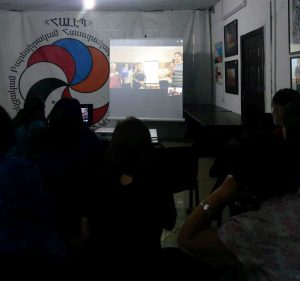 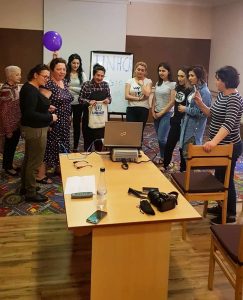 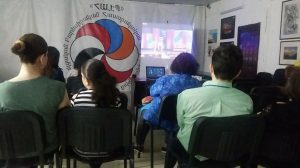 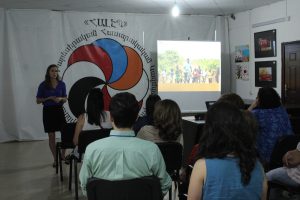 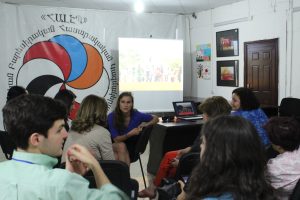 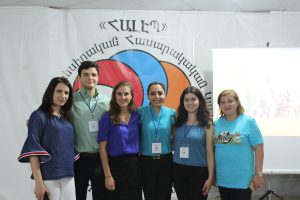