Aleppo Compatriotic Charitable Organization’s socio-psychological support meeting took place on 12 April, 2019 at 2 pm in the afternoon. There were 36 women present. 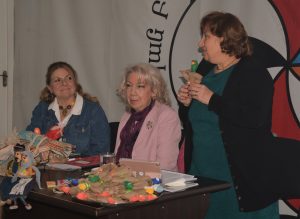 Zovig Magarian-Baitarian, Co-Founder and Vice President of Aleppo-NGO, introduced the topic, “Talking About Our Values.” She specifically focused on Tsitsernakaberd, which is a memorial complex located in Yerevan dedicated to the victims of the Armenian Genocide.

In 1965, the idea to build the Tsitsernakaberd Memorial was born, which was also the 50th anniversary of the Armenian Genocide. The Memorial was completed in 1967. The Memorial includes three structures: the stele, which symbolizes the national rebirth of Armenians, the twelve slabs, which represents the twelve lost provinces in present-day Turkey, and the eternal flame at the center, which is dedicated to the 1.5 people killed during the Armenian Genocide. The Memorial Complex is dedicated to the lost Armenian lands, and it is a place where Armenians from all over the world can make a pilgrimage to. 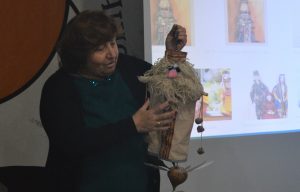 The meeting’s main topic, “Armenian Traditional Dolls”, was presented by Mayda Yavushian. The Armenian traditional or ritualistic dolls are dedicated to Pre-christian and Christian celebrations. The dolls are handcrafted by Armenian grandmothers, and the dolls carries the hopes and beliefs of people. “Noorin”, also known as the Rain’s Bride, is a doll that the village people hoped in to bring rain and water. “Agladiz”, also known as the Grandfather of Lent, who controlled the people who did not keep the rules of Lent. The “Ojidi doll” is a doll that is meant to comfort and be a friend to a new bride.

The meeting proceeded with the presentation of the handmade dolls. The way the dolls were prepared and the meaning of each doll was also discussed. The participants were filled with inspiration, when each of them received their own “Noori” doll.

In conclusion, the participants were given G. Sundukian and H. Paronyan theater tickets to three different shows. 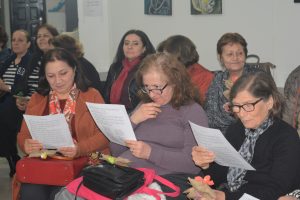 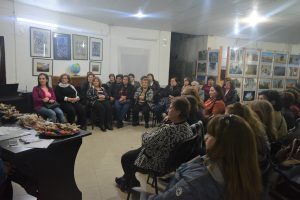 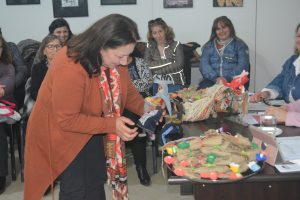 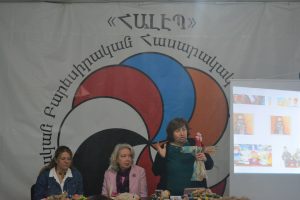