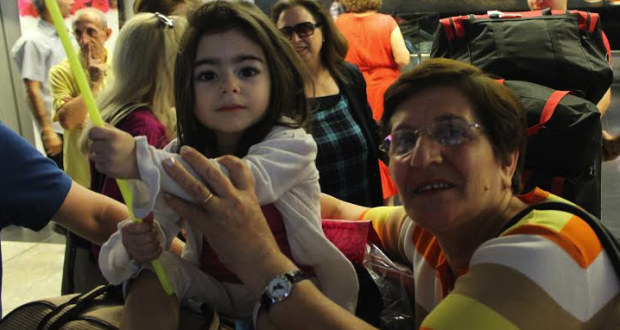 (New Jersey – May 24, 2016) – The breakdown of the most recent Geneva peace talks on Syria, also known as Geneva III, ended the International Syria Support Group (ISSG) sponsored ‘cessation of hostilities,’ prompting a new wave of destruction in Syria.  At least three Armenians have been killed in Aleppo, and several others have been wounded since the resumption of hostilities on April 19.  Since then, more than 251 Armenians have sought to be resettled from Aleppo to Yerevan, according to the Aleppo Compatriotic Charitable Organization (ACCO).

In April 2015, following the heavy bombardment of the Christian neighborhoods in Aleppo, hundreds of Syrian-Armenians requested financial assistance from the ACCO to assist in leaving Aleppo for Yerevan.  Consequently, the ACCO launched the ‘Save a Life’ initiative and began supporting Armenians to leave Syria, primarily Aleppo, for Armenia.

“For the last five years, Armenian leaders in Syria and the diaspora have called for the preservation of the Armenian community in Syria,” said Talar Tcholakian, board member of the ACCO in the U.S.  “But the time has come for all to realize that the best place to preserve the Syrian-Armenian community is in Armenia.”

Since March 2011, more than 50,000 Syrian-Armenians have become refugees in Lebanon, Armenia, Canada, Europe and beyond, while nearly 20,000 individuals are Internally Displaced Persons (IDPs).  Moreover, at least 200 Armenians have been killed during the conflict, and more than a hundred others have been kidnapped, detained, tortured, and/or disappeared.

The ACCO, since its creation in 2013 in Armenia, has supported Syrians of all ethno-sectarian backgrounds, including 6,000 Syrian-Armenians in Armenia through its ongoing humanitarian relief, integration, educational and cultural projects and initiatives.

The ACCO urges the global Armenian community to join its life-saving mission by donating to the ‘Save a Life’ initiative to help remove Syrian-Armenians to safety in the motherland.  The cost of saving one Armenian life is approximately $400, which includes:

“Once again, life in Aleppo has become unbearable,” said Carmen Gulbenkian, board member of the ACCO in the U.S.  “We need to act now and save as many Syrian-Armenian lives as we can!”