15 of them are schoolchildren that will go to school in Armenia on September 1. The number of students among the program beneficiaries is four.

Before the new school year, the IDeA Foundation decided to encourage these Syrian-Armenian students by providing gifts through Aleppo Compatriotic Charitable Organization. The gift package included stationery, bags and apparel, with all clothing and shoes purchased exclusively from Syrian-Armenian manufacturers.

“On September 1st, fifteen Syrian-Armenian children will go to school in Armenia and not in Syria. For thirteen of them, the school bell will ring for the first time. In order to make Knowledge Day unforgettable for the Syrian-Armenian students and schoolchildren in Armenia, we decided to invigorate them with gifts, and as a result, Syrian-Armenian entrepreneurs also received support,” said Armen Minasyan, Manager of the Syrian-Armenian Relief project.

Twelve-year-old Krist Karapetyan will study in the seventh grade and is looking forward to her first day of school in Armenia.

“I am happy to go to school in Armenia. I have many friends here. It is very inspiring to start the school year with such gifts,” she said.

Syrian-Armenian Relief Initiative was launched in October 2016 and aims to save the lives of our compatriots in Syria and to address the most pressing challenges they are facing. Within the framework of this program, the IDeA Foundation collaborates with its strategic partners: Armenian General Benevolent Union (AGBU), Aleppo Compatriotic Charitable Organization, Repat Armenia Foundation and Mission Armenia. 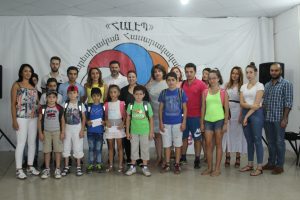 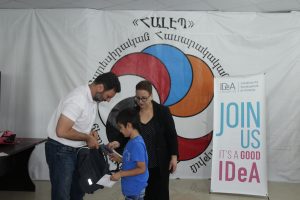 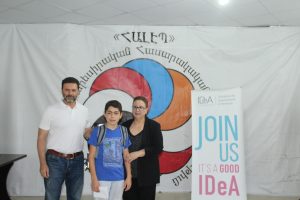 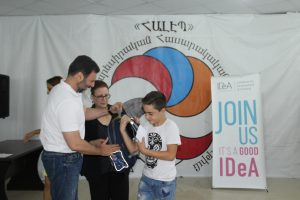 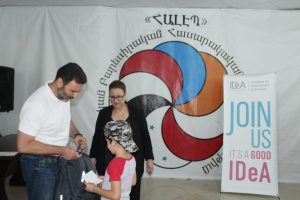 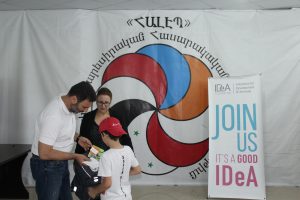