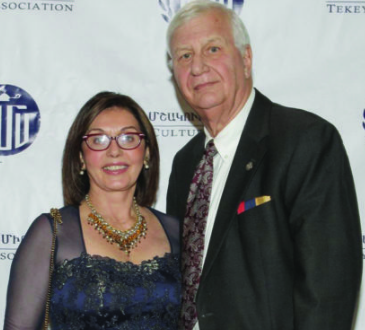 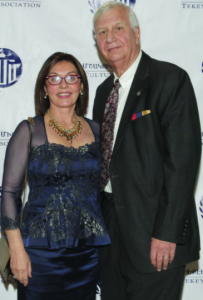 Mr. and Mrs. Edward and Carmen Gulbenkian have established themselves as key allies of displaced Syrian-Armenians, repeatedly extending a helping hand to the Syrian community in Armenia. One of their most notable contribution has been their ongoing support of 7 needy Syrian-Armenian displaced families.

At an October 2016 fundraiser in New Jersey, the Gulbenkians announced that they would match all donations made to Aleppo-NGO’s “Adopt-a-Family” Program.

The Gulbenkians put their donation to use by “adopting” 7 families. This means that, every month, the couple helps cover the cost of rent, food, and utilities for some of the most vulnerable Syrian-Armenians in Armenia.

The beneficiaries of the “Adopt-a- Family” program suffered heavily during the Syrian War. Some survived captivity and torture at the hands of ISIS and related terrorist groups; others were injured in the fighting; still others witnessed the deaths of close relatives. All of the families lost their homes, communities, and livelihoods.

Since arriving in Armenia, these families have worked hard to begin their lives anew, but have faced even greater obstacles than other refugees. In most cases, illness or injury has incapacitated the family’s main breadwinner, making it nearly impossible to pay for food, rent, or utilities.

Thanks to Edward and Carmen Gulbenkian, however, these families’ loads are lighter, and their futures more secure. The families are putting down roots in Armenia, where they hope to preserve their Armenian language, culture, and identity for generations to come.

Aleppo-NGO is deeply grateful to Mr. and Mrs. Gulbenkian for their determination to help Syrian-Armenians transition to Armenia. As we embark on a new year of programs and initiatives, we are motivated to ensure that our own work lives up to the Gulbenkians’ ongoing example of initiative, service, and generosity.