On October 6, 2015, the first housewarming took place within the frames of “Aleppo” Compatriotic Charitable Organization’s “Host a Family” program. From now on, vulnerable Syrian Refugee family sheltered in Armenia, in the face of Siranoush Ayntap and Sarkis Asadour, will have reliable roof in the Motherland.

The Chief of staff at the RA Ministry of Diaspora, Mr. Firdus Zakarian, the Head of the Department of Armenian Communities of the Near East and the Middle East at RA Ministry of Diaspora, Mr. Levon Antonyan, United Nations High Commissioner for Refugees (UNHCR Armenia) external relations coordinator, Ms. Anahit Hayrapetyan, the sponsor of the program Mrs. Angel Chemberjian, the representative of the Global Hope Network International, French-Armenian philanthropist Mr. Vazgen Melkonyan, and the representatives of the Executive Body of “Aleppo” CCO honored the housewarming with their presence.

Giving a welcoming speech, the Founding President of “Aleppo” CCO, Mrs. Ani Balkhian, mentioned that the unshakeable faith of “Aleppo” organization, the unconditional trust of UNHCR in Armenia,  and Mr. and Mrs. Gabriel and Angel Chemberjians’ patriotic generosity were very useful. Due to the long-lasting work of these two organizations and Chemberjian Family, it became possible to provide Syrian-Armenian refugee families with an apartment in their Motherland.

Highly signifying the support by UNHCR Armenia, Mrs. Balkhian, expressed her gratitude for the faith in the work of the organization. She mentioned that the vital assistance of UNHCR Armenia in the implementation of the project is invaluable.

Expressing deep gratitude to the project donor Chemberjian Family, Mrs. Balkhian noted that the significant contribution of Chemberjian family to the project deserves only respect and honor. She expressed belief, that serving as an example for many Armenians, this patriotic act of Chemperjian family will support the welfare of Syrian-Armenian families in need.

In her speech, Mrs. Balkhian, referring to Asadour’s family celebrating the housewarming, congratulated them and wished that the new roof would help them build faithful future in the homeland.

The Chief of staff at the RA Ministry of Diaspora, Mr. Firdus Zakarian, also gave welcoming speech. Congratulating the family on the housewarming, the latter spoke highly of the extensive work of “Aleppo” CCO, which succeeded in developing and implementing projects in short time that are of great importance for the Syrian-Armenian families living in Armenia. Thanking Chemberjian family, he also strongly emphasized their devotion to the Motherland.

It is worth reminding, that “Host a Family” program aims at stopping the pressing phenomenon of migration from Armenia, putting an emphasis on the urge of keeping Syrian-Armenians close to mother colony, Aleppo.

The project is being implemented with financial assistance of sponsors, who are buying apartments in Armenia, and allocating these apartments for an uncompensated use, under certain conditions to Syrian families in need.

In the framework of the project, UNHCR Armenia provides furniture and household appliances for the newly obtained apartments.

The speech of the Founding President of “Aleppo” Compatriotic Charitable Organization Mrs. Ani Balkhian on the first housewarming of “Host a Family” project:

“Dear representatives of the Ministry of Diaspora, honorable representative of the UN High Commissioner for Refugees Office in Armenia, and honorable Mrs. Angel Chemberjian,

On behalf of “Aleppo” organization let me greet and thank you for honoring us with your presence at the first housewarming, implemented within the “Host a Family” program.

Today, we bring to life a project of crucial importance for Syrian community in Armenia.

The unshakable faith of “Aleppo” organization, the unconditional trust of the UNHCR Armenia, and Mr. Gabriel and Mrs. Angel Chemberjians’ patriotic generosity were helpful and valuable.

Due to these two organizations and Chemberjian family, today the Syrian-Armenian family is provided a reliable roof in the Motherland, to help them forget the war shortages and hardships, ensuring their warmth and faith in bright future.

As a result of work, conducted during several months, this day became a reality. It will light up the faith, that the problems faced by our Syrian compatriots can be solved only with our united efforts, through cooperation and mutual trust of institutions and individuals who are interested in the brutal life of Syrian-Armenians.

Respectable representative of the UN office, on behalf of “Aleppo” we would like to express our deepest gratitude for the faith in our organization’s activities and for showing extremely important assistance in “Host a Family” program. Your vital support in bringing the project to life is invaluable.

Honorable Mrs. Angel Chemberjian, accept our deepest gratitude for becoming the first donor for the family of “Host a Family” project in Armenia by obtaining five apartments and allocating them to Syrian-Armenian brothers and sisters without any charge.

This patriotic, dedicated contribution by Chemberjian family deserves only respect, honor, and appreciation.

We do hope that this patriotic act of Chemberjians will serve as an example for many Armenians, and become a welfare support for Syrian-Armenian families in need.

Dear Mrs. Siranoush and Mr. Sarkis Assadourians, we congratulate you on the occasion of the housewarming. Let this house help you build new faithful future in the homeland.

Dear guests, wishing all of us success, we are hopeful that through partnership we will at least support Syrian-Armenian refugee families in building a prosperous future in Armenia. 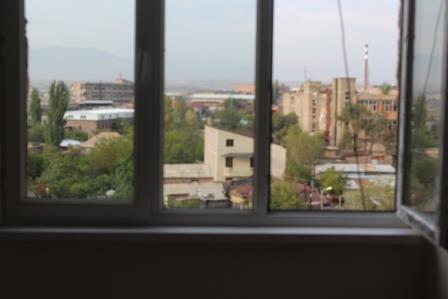 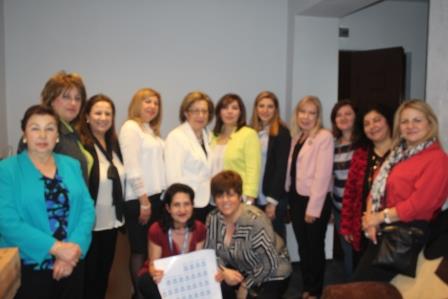 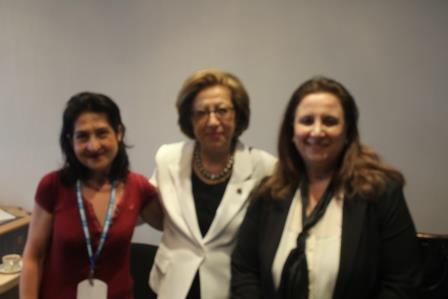 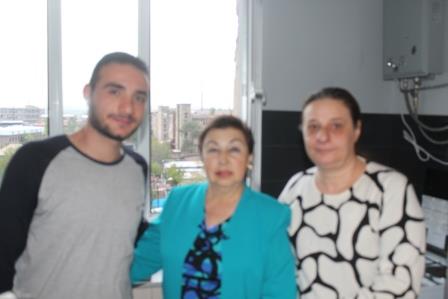